Patricia Turner entered Norview Jr. High School in 1959, with her brother James and three other children. She was 14 years old, entering her final semester as an 8th grader.

For 4 1/2 years, Patricia endured violence and abuse that was invisible to most people. She has spoken of the fact that she couldn't make friends. No one spoke to her -- except to call her names, spit on her, and throw gum in her hair. But even worse was the behavior of her teachers. In an interview, she tells of the teachers who wore rubber gloves to receive her papers, or they had her drop her papers in a basket -- but mostly they just ignored her. Even though she qualified to play field hockey and was good at it, she never got to play because no other teams would play Norview if Patricia was going to play.

She did eventually make some friends when they realized that she was gifted in math and as a field hockey player. In spite of all of her hardships, Patricia graduated #5-6 out of the over 400 seniors at Norview High School.

After high school, Patricia moved to Richmond, then Philadelphia, then back home to Norfolk. She graduated from Norfolk State University and Old Dominion University, and she taught at Blair Middle School in Norfolk from 1992 until her retirement in 2008. She and Delores Johnson Brown received honorary doctor of humane letters degrees from ODU in 2008. She also published a book in 2013: Today I Met a Rainbow: The Story of Patricia Turner.

Patricia continues to be active in the community, and she is proud to attend the many events honoring the 17. She has spoken to many student and other groups to make sure the story of what happened to the Norfolk 17 is not forgotten. 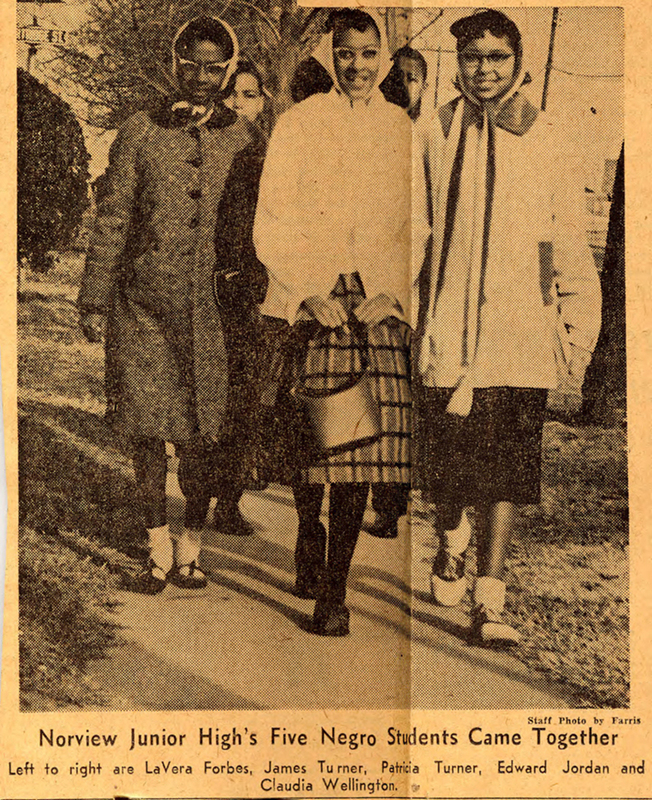 Her recollections can be viewed on WHRO's The Norfolk 17: Their Story, in a 2018 video Norfolk, Virginia's Massive Resistance to Integration, in a C-SPAN conference Massive Resistance, Panel 1 and other documentaries.