Delores Johnson, one of seven children to integrate Norview High School, was 16 and a junior in February 1959.

At a program honoring the Norfolk 17 in 2004*, Delores Johnson Brown recounted how she wanted to take physical education classes, and she considered majoring in physical education. But, she was not allowed to take PE at Norview High School. They told her they were afraid she would dirty the showers for the other girls.

Delores recalled that when she sat down in her first class on her first day, everyone moved away from her. Her teachers were not welcoming either; they chose to ignore her. She also recounts how long it took her to get home from school on the first day. NAACP lawyers were driving her home, as they did some of the other children, because they wanted them to get home safely and didn’t want anyone to know where the children lived. After hours of driving around, she asked why they weren’t taking her home – they told her they were being followed. She turned around and saw a car with 6 large white men following closely. She did not get home until 9pm.

She also remembers that she carried all of her books, rather than taking a chance stopping at her locker. She also would not dare use the restroom, for fear of being cornered. One day a boy walked into her and knocked all of her books down – she gathered them up as fast as she could, with no help from anyone. They all just stared. She realized she had been cut, but she said nothing, just picked up her books and moved on.

In spite of everything, she says she “wouldn’t trade the experience. But, it was not easy.”

Delores left Norview after a semester, got married and started a family, and then graduated from Booker T. Washington High School in 1963. She graduated from Norfolk State University and then received her MA in Education in 1975 and a Certificate in Advanced Studies in 1981-82, both from Old Dominion University. In 1996, she retired as a reading teaching for Norfolk Public Schools and continued to stay busy as a volunteer. In 2008, ODU granted honorary doctor of humane letters degrees to both Delores Johnson Brown and Patricia Turner.

Delores participated in many of the events surrounding the 50th anniversary of the opening of the schools. Her recollections can be viewed on WHRO's The Norfolk 17: Their Story. 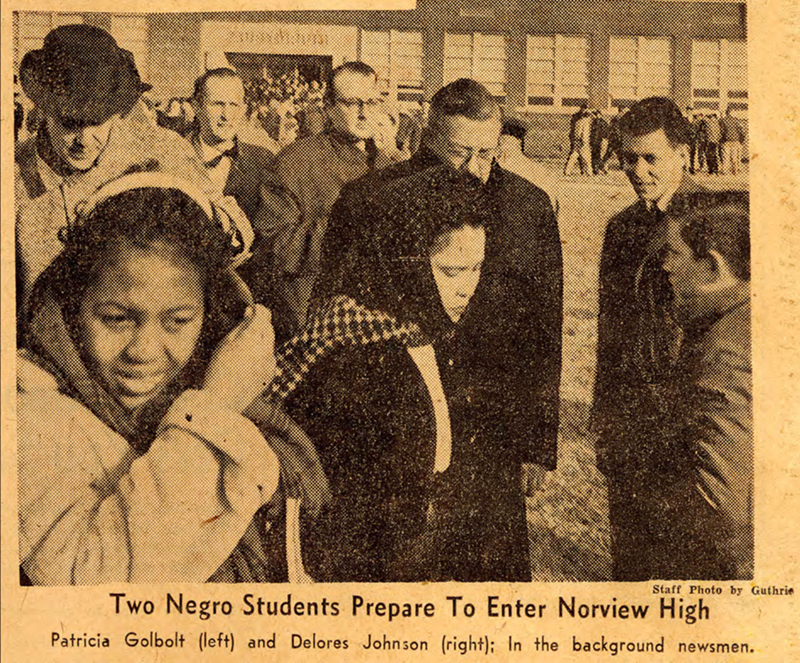