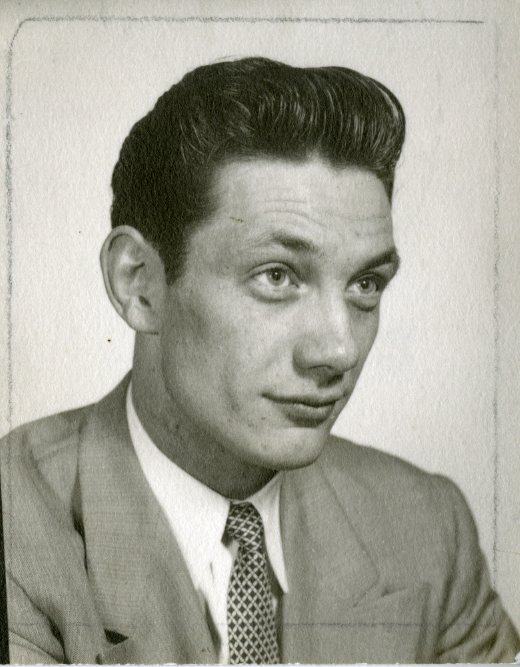 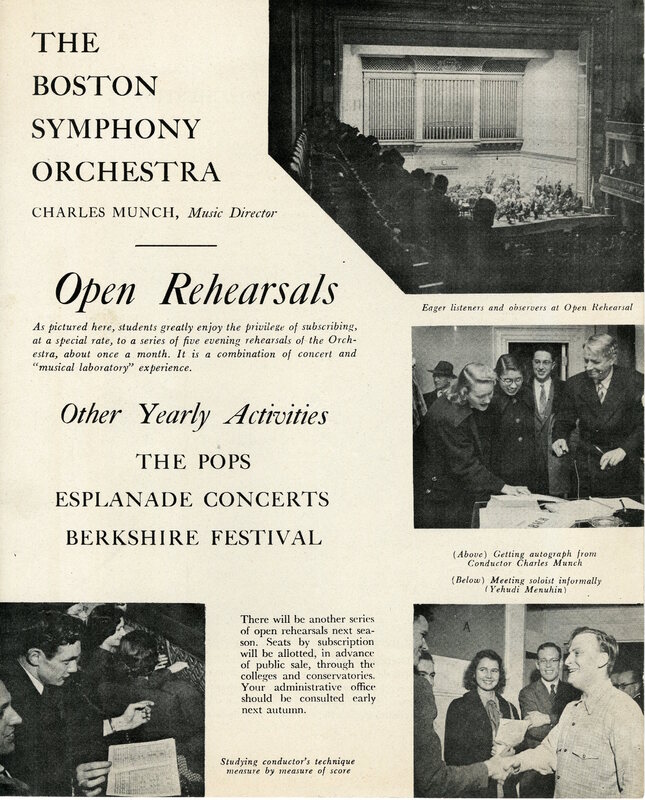 Boston Symphony Orchestra brochure from 1949. Stanger is pictured in the lower left corner. 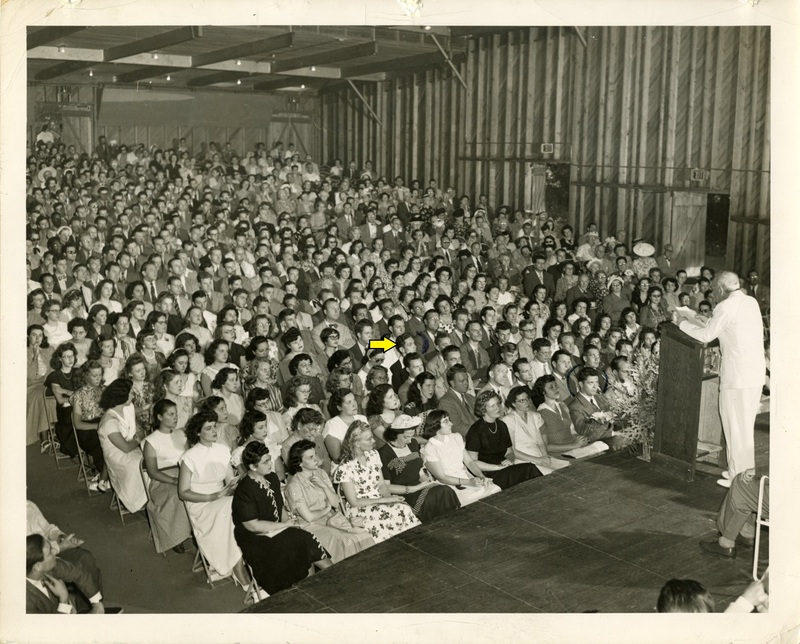 Koussevitsky addresses the Tanglewood class of 1950. Stanger is seen in the fourth row.

While attending New England Conservatory Stanger spent his summers at The Berkshire Music Center, aka Tanglewood, where he endevoured to study with the great conductor and music director of the Boston Symphony Orchestra, Serge Koussevitsky. The account given below is taken from a BSO promotional flyer from 1949, the year Charles Munch took over as BSO music director, while Koussevitsky stayed on at Tanglewood until his death in 1951.

The Berkshire Music Center (aka Tanglewood)

"It was in 1940 that the Boston Symphony Orchestra instituted at Tanglewood, under the direction of Serge Koussevitzky, a school at which young musicians of ability would have the experience of performance (orchestral, choral, operatic, in chamber music, and as conductors) in association with the members of a great orchestra. These activities are of special interest to music educators, for whom the supplementary study is offered. The school session is concurrent with the Festival concerts, and those who join the Society of Friends of the Berkshire Music Center are invited to its many performances." 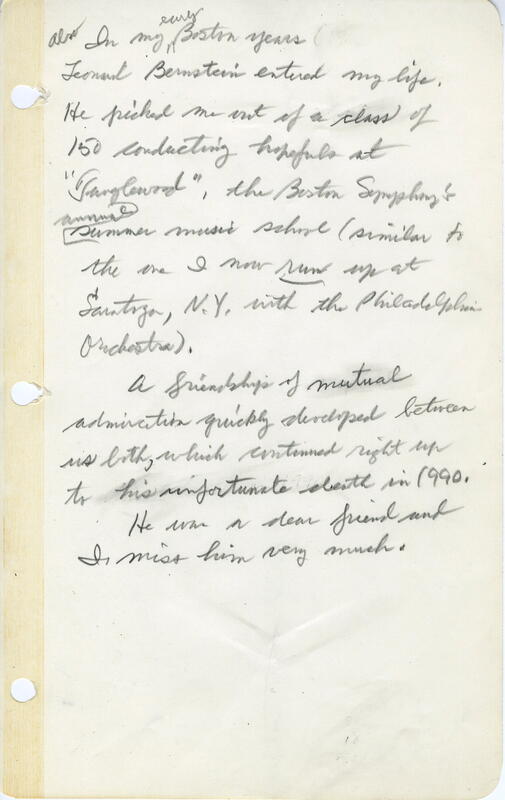 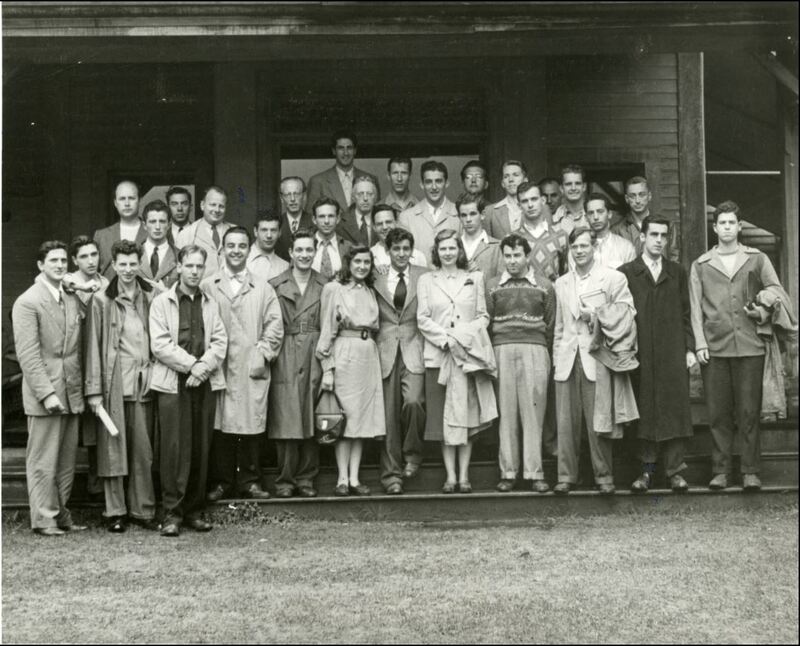 Leonard Bernstein's conducting class of 1948 at Tanglewood. Stanger is standing next to the woman on Bernstein's right.

"Also in my early Boston years Leonard Bernstein entered my life. He picked me out of a class of 150 conducting hopefuls at “Tanglewood,” the Boston Symphony’s annual summer music school (similar to the one I now run up at Saratoga, N.Y. with the Philadelphia Orchestra).

"A friendship of mutual admiration quickly developed between us both, which continued right up to his unfortunate death in 1990.

"He was a dear friend and I miss him very much." 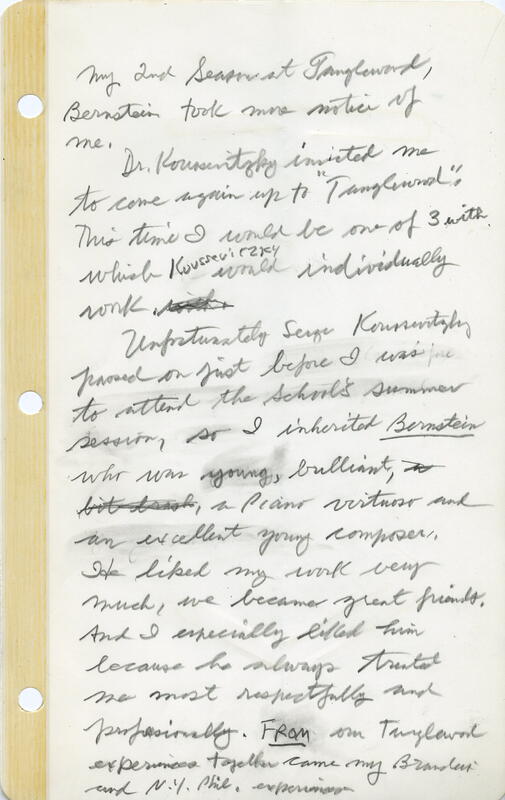 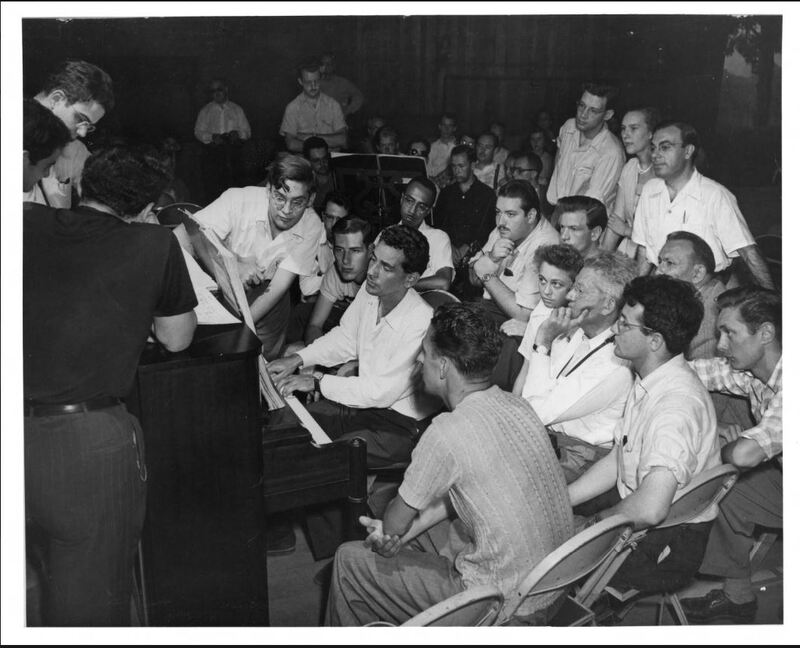 Bernstein in 1949 with a class of auditors analyzing Age of Anxiety. Stanger is seen leaning in from the second row at the far right. 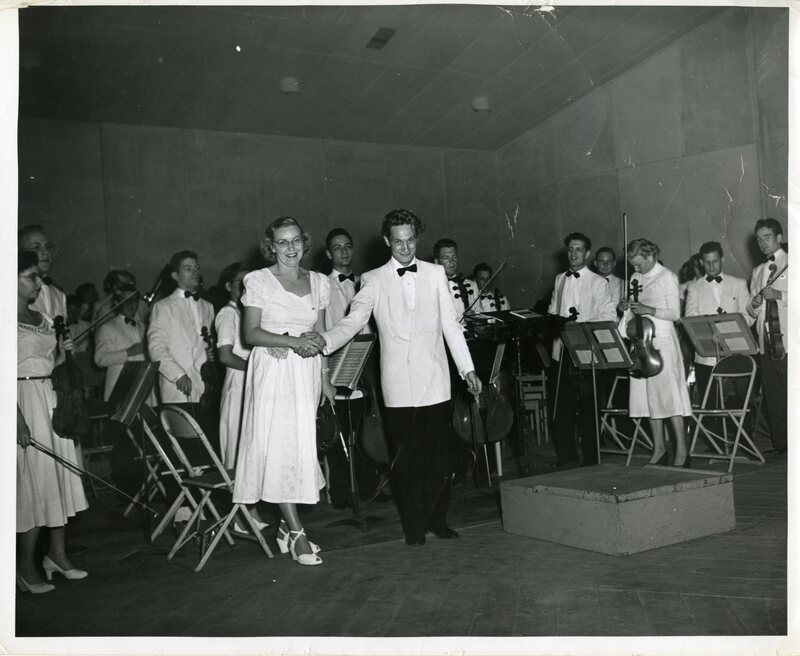 Stanger as conductor congratulating the Concertmaster following a student performance at Tanglewood circa 1950. 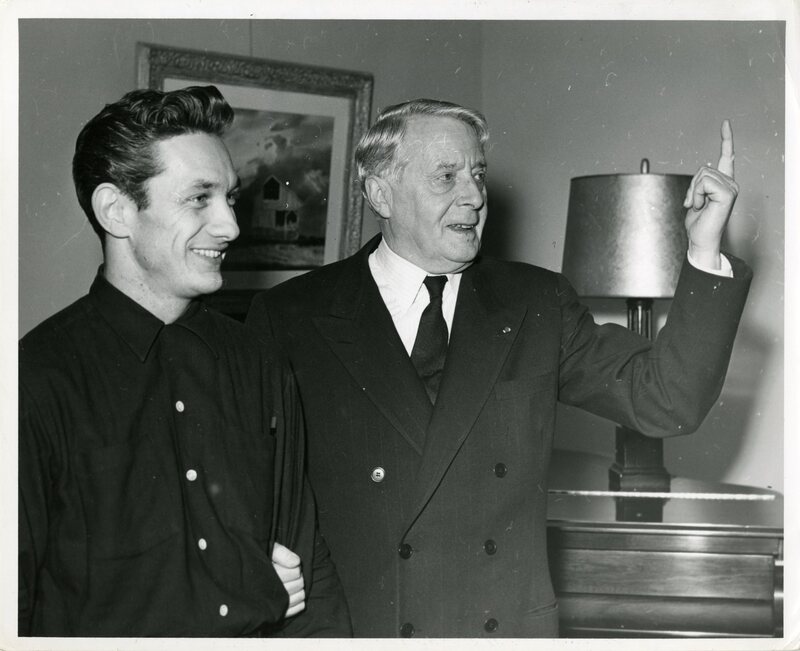 "My 2nd Season at Tanglewood, Bernstein took more notice of me.

"Dr. Koussevitzky invited me to come again up to “Tanglewood.” This time I would be one of 3 with which Koussevitzky would individually work. with

"Unfortunately Serge Koussevitzky passed on just before I was to attend the School’s summer session [1951], so I inherited Bernstein who was young, brilliant, a bit brash, a Piano virtuoso and an excellent young composer. He liked my work very much, we became great friends. And I especially liked him because he always trusted me most respectfully and professionally. From our Tanglewood experiences together came my Brandeis and N.Y. Phil. experiences." 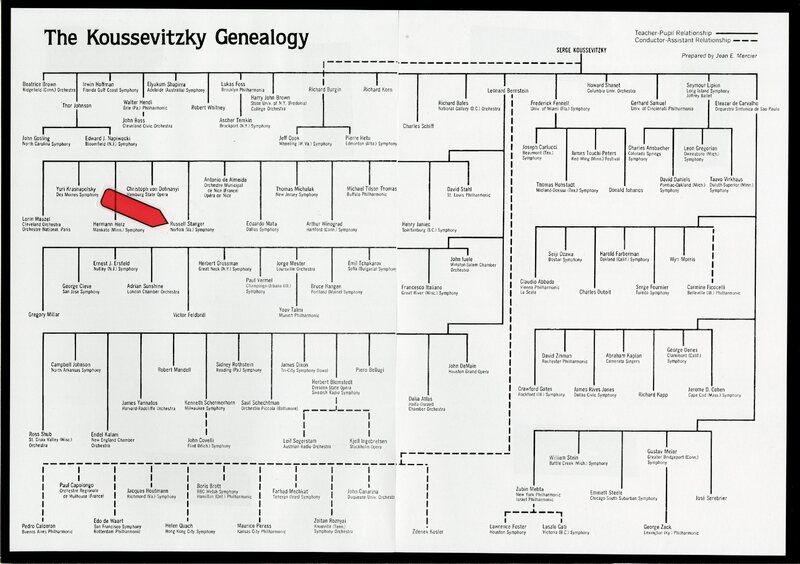 In this chart which appeared in the October 1978 issue of High Fidelity magazine we see the extent of Koussevitzky’s influence worldwide. Koussevitzky lovingly referred to his students as his children, and through his students we have his grandchildren, great-grandchildren, and so on. In this light it is certainly tragic to think of how hard Stanger worked to study directly under Koussevitzky, and to be selected by the great conductor only to miss his chance by a matter of months. Of course it was this turn of fate which brought Stanger so close to Koussevitzky’s best-known “child,” Leonard Bernstein.