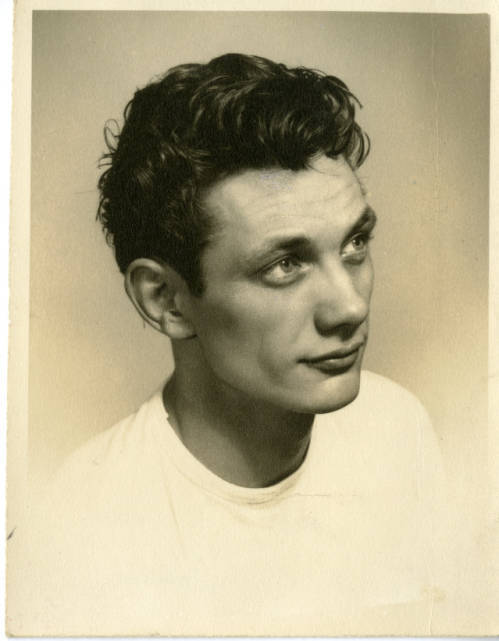 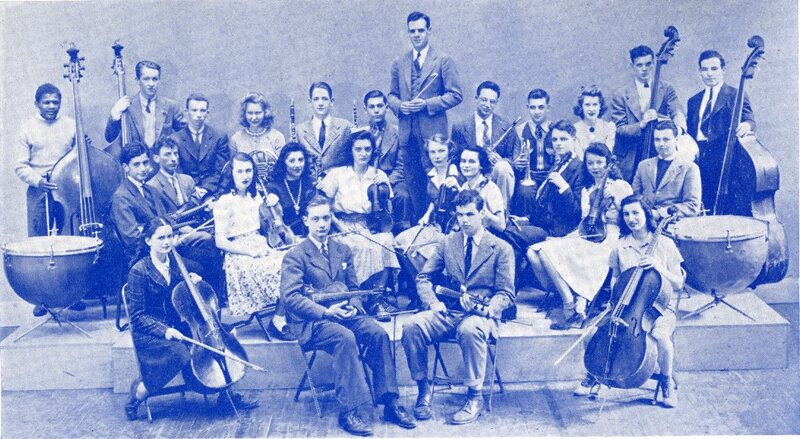 Russell Stanger was born in Arlington, Massachusetts on May 8, 1924. He began his formal music training on the piano at age six and at age eight began studying violin with Harrison Keller and viola with Georges Fourel, both of whom were on the string faculty at New England Conservatory and players with the Boston Symphony Orchestra. Stanger graduated from Newton High School in May, 1942. 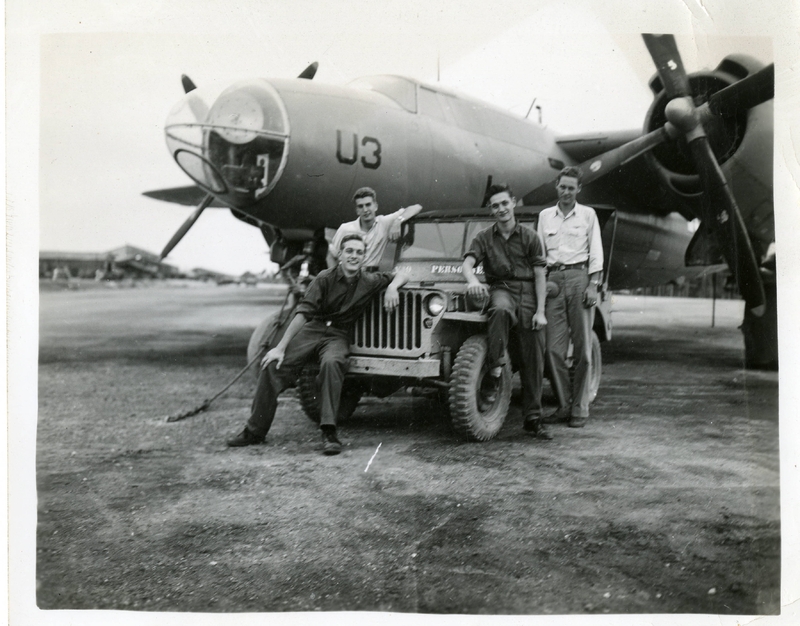 Stanger brothers and fellow crewmen in front of a Martin B-26 Marauder. 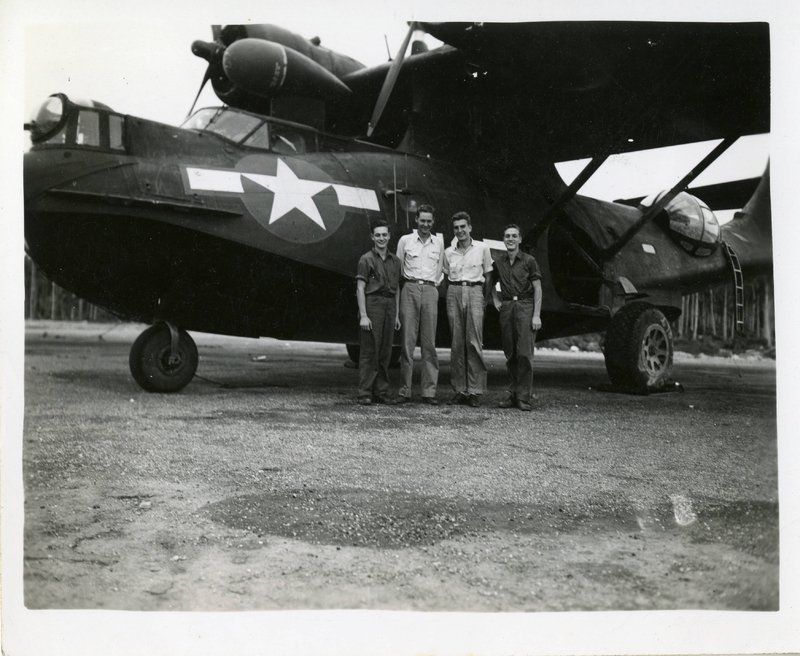 Stanger brothers and fellow crewman in front of a Consolidated PBY Catalina. 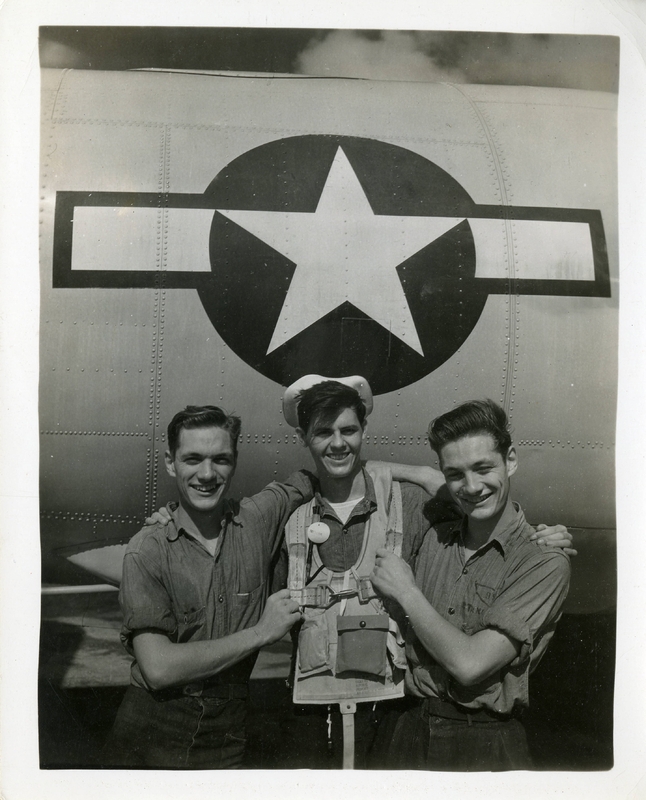 World War II
He received a scholarship to study violin at NEC where his violin teacher of twelve years (Keller) was now chair of the string department but his studies were interrupted by WWII and after two semesters Stanger left the conservatory to enlist in the US Navy with his twin brother, Herb.

With his excellent hearing Stanger was offered submarine duty as a sonar operator, but he and his brother opted for the Naval Air Service and were sent to San Diego for basic training in the summer of 1943 where they specialized in radio and radar operation. They served in the same squadron but on separate aircraft flying anti-submarine patrols. They were first deployed to the Solomon Islands and later to the Philippines where they took part in the liberation of that nation.

Stanger brought his violin with him hoping to maintain his playing technique in off-duty hours, but sadly the heat and humidity of the South Pacific caused the hide glue to melt, leaving his violin in pieces. 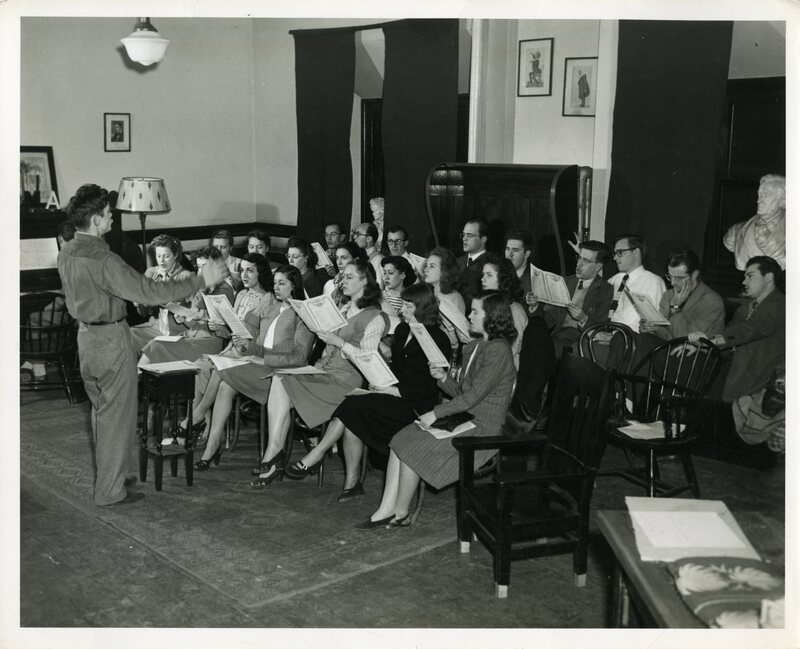 After the war Stanger returned to NEC but two years without practice left him in no condition to continue as a violin major and so he changed his major to music theory with an emphasis on composition and conducting. By 1948 Stanger was actively engaged conducting various student groups. He received his BM in music theory from NEC in 1950 and his MM in conducting in 1952. 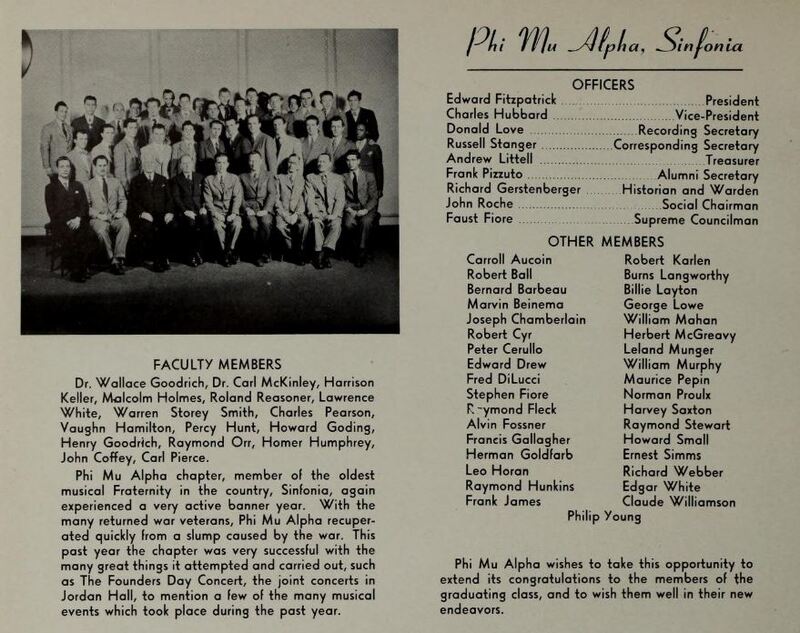 The war had a tremendous impact on higher education as many men and women left school to enlist in the armed services, and their absence (especially the men’s) often left fraternal organizations with only a fraction of their prior membership. At NEC Stanger joined Phi Mu Alpha, Sinfonia in the Fall 1942 semester, nine months after the Japanese attack on Pearl Harbor. After the war enrollment surged. Compare the picture from the 1943 NEC yearbook (The Neume) with the one from from 1947.