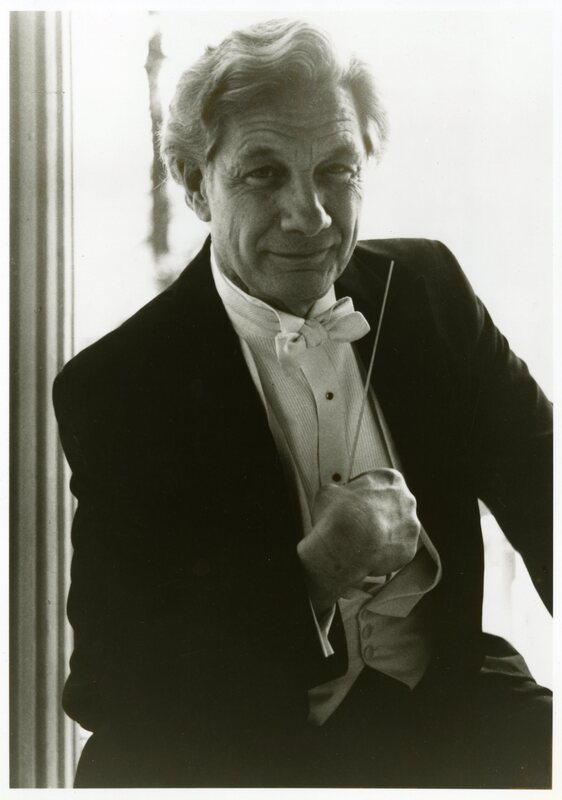 Russell Stanger (1924-2015) came to Norfolk in 1966 to assume the duties of Music Director for the Norfolk Symphony. During his tenure (1966-1980) Stanger raised the performance level of the ensemble which would become the Virginia Symphony Orchestra we know today. Stanger championed modern symphonic composers and their works, inviting many to appear and perform in Norfolk. He established a strong network of music collaboration and education between the symphony organization and local schools, colleges and universities as well as the all-important military presence in Hampton Roads.

Prior to his arrival Stanger had established himself as a world-renowned conductor having appeared with numerous major symphony orchestras across North America and Europe. Stanger was a product of the Boston music scene, completing his BM at the New England Conservatory in 1950 and his MM in 1952. During these early years Stanger studied under several major conductors but it was Leonard Bernstein who gave him his most prominent early-career opportunities. 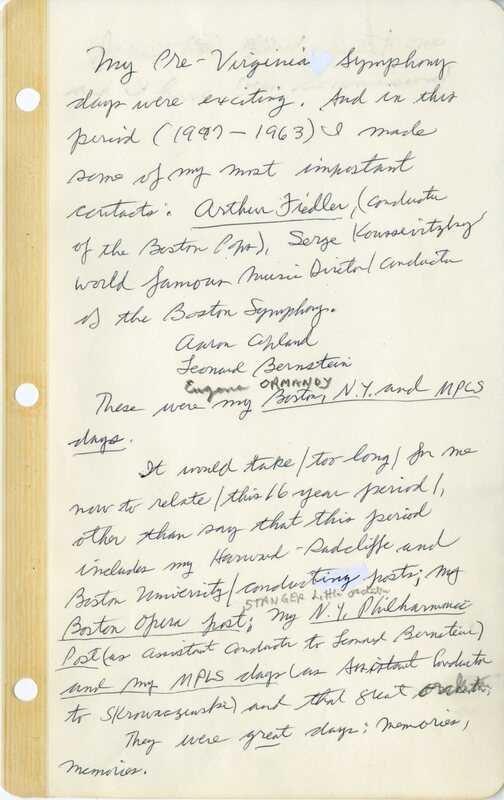 In 2004 at age 81 Stanger was to give a talk at ODU about his life and career, and for the occaision prepared a journal of hand-written notes for reference. Pages from the journal appear throughout this exhibition.

My pre-Virginia Symphony days were exciting. And in this period (1947-1963) I made some of my most important contacts: Arthur Fiedler, (conductor of the Boston Pops), Serge Koussevitzky, world famous Music Director/Conductor of the Boston Symphony. Aaron Copland, Leonard Bernstein, Eugene Ormandy

These were my Boston, N.Y. and [Minneapolis] days.

It would take | too long | for me now to relate | this 16 year period |, other than say that this period includes my Harvard-Radcliffe and Boston University | conducting posts; my Boston Opera post; My N. Y. Philharmonic post (as assistant conductor to Leonard Bernstein) and my MPLS days (as Assistant Conductor to Skrowaczewski) and that great orchestra.

They were great days; memories, memories.