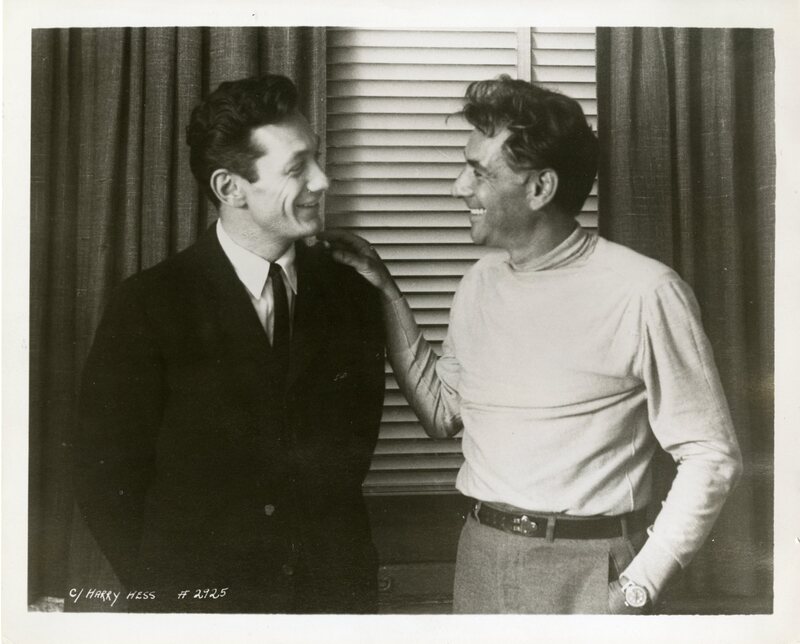 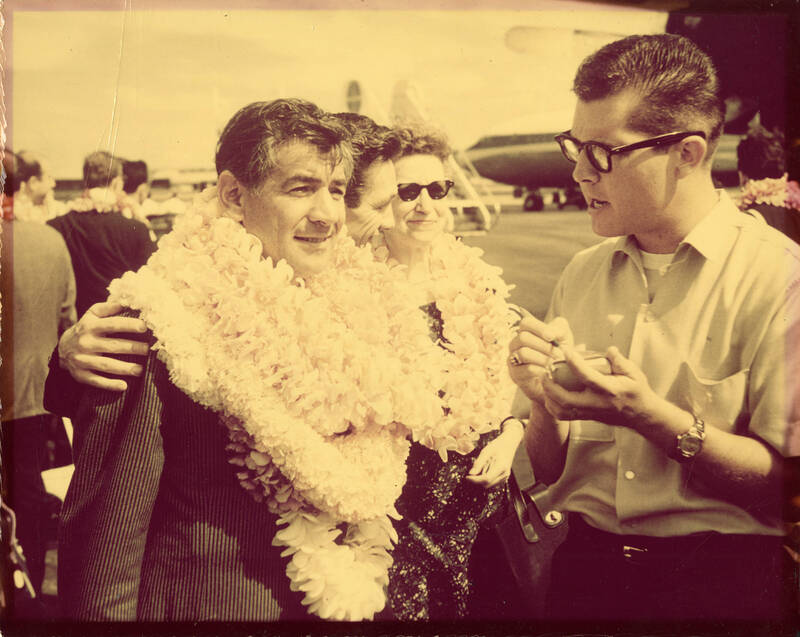 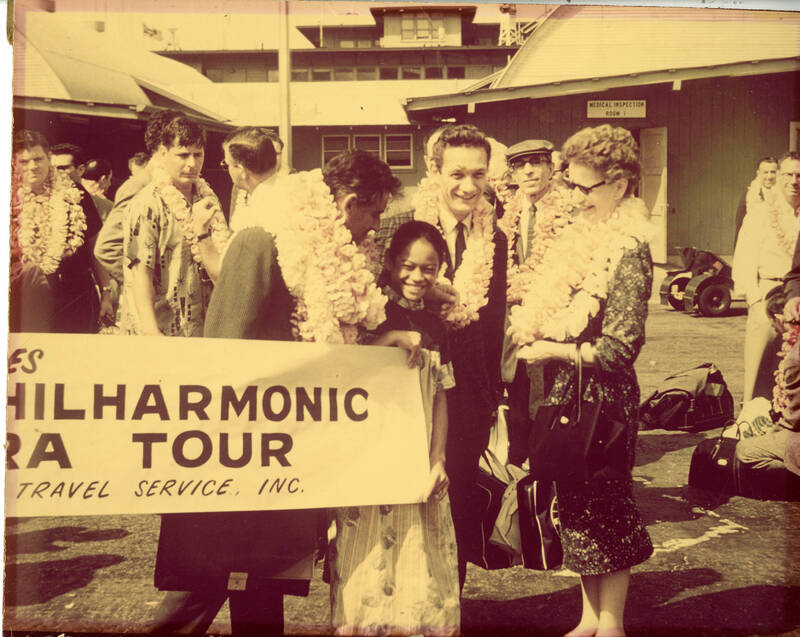 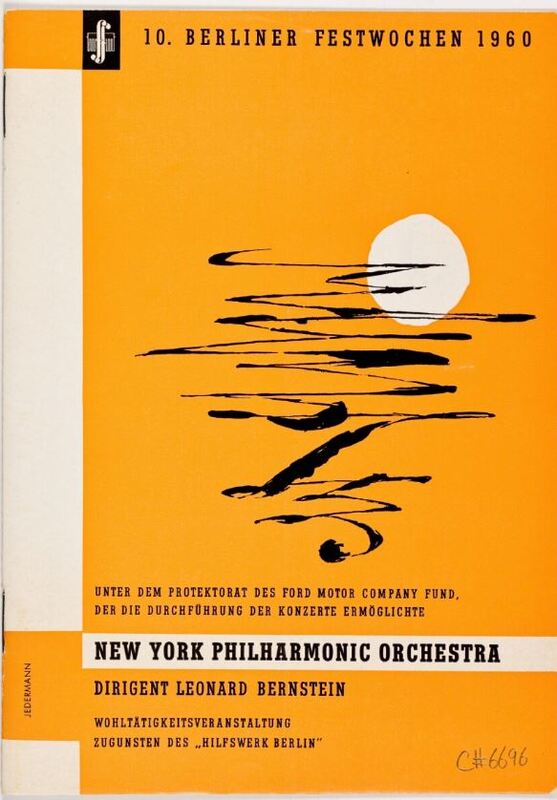 Program cover for the NYP's 1960 concert in Berlin.

In May of 1960 it was announced that Stanger had been selected as one of three assistant conductors to work under Bernstein during the New York Philharmonic’s 1960-1961 season. Duties would include conducting rehearsals, occasionally appearing on Bernstein’s Young People’s Concerts series, and of course to be prepared to step in at a moment’s notice should the scheduled conductor be unavailable.

Additionally, Stanger was asked to join the NYP's 1960 summer tour of the continental US, Hawaii, and Berlin. 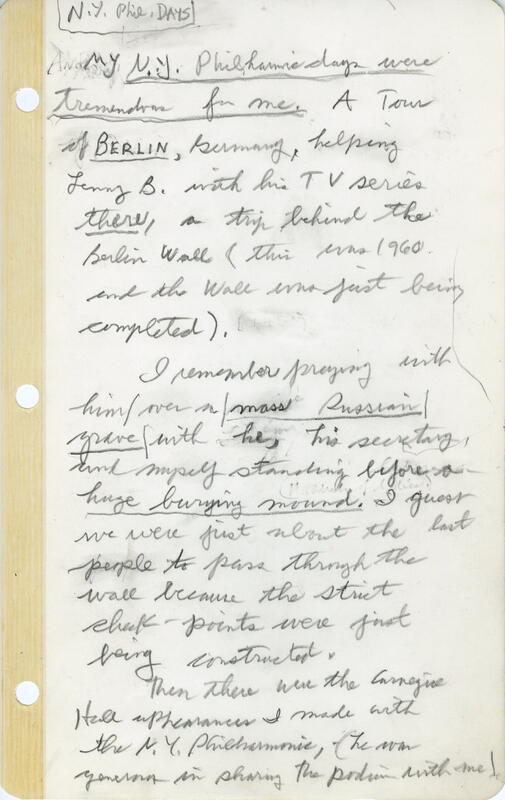 My N.Y. Philharmonic days were tremendous for me. A tour of BERLIN, Germany, helping Lenny B. with his TV series there, a trip behind the Berlin Wall (this was 1960 and the Wall was just being completed).

I remember praying with him | over a | mass Russian | grave | with he, his secretary, and myself standing before a huge burying mound.I guess we were just about the last people to pass through the wall because the strict check-points were just being constructed.

Then there were the Carnegie Hall appearances made with the N.Y. Philharmonic, (he was generous in sharing the podium with me! 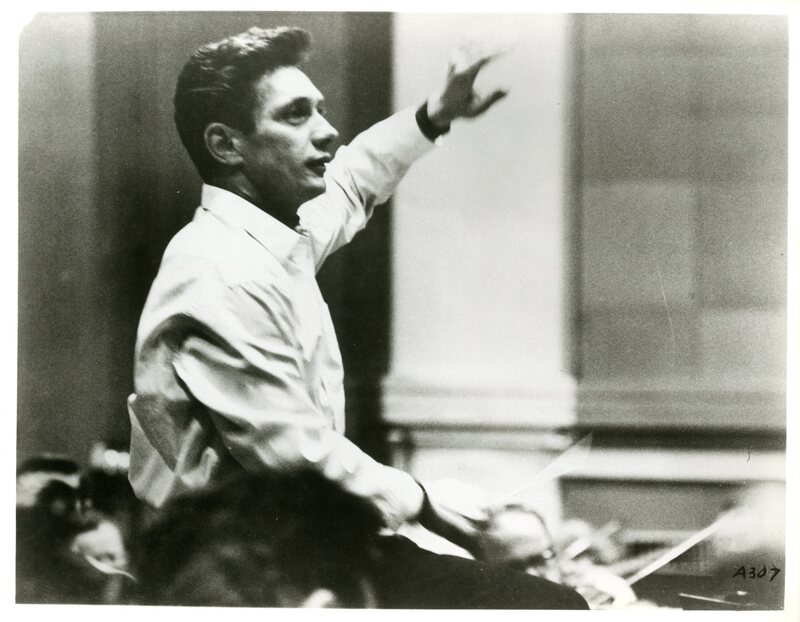 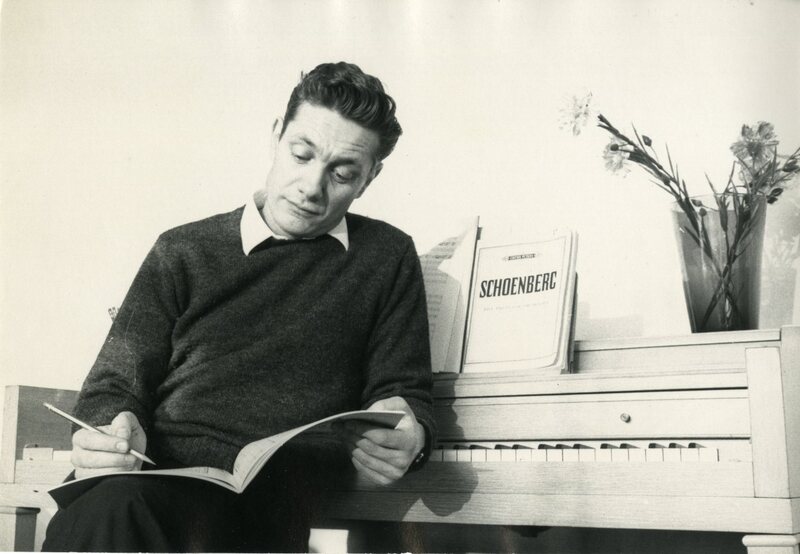 Stanger in his NYC apartment at 83rd St. and Riverside Drive, where he lived during his employment with the NY Philharmonic. 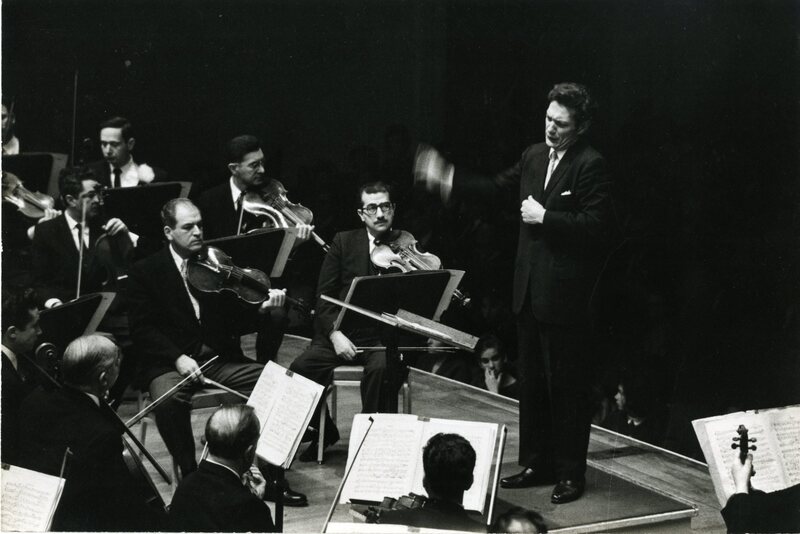 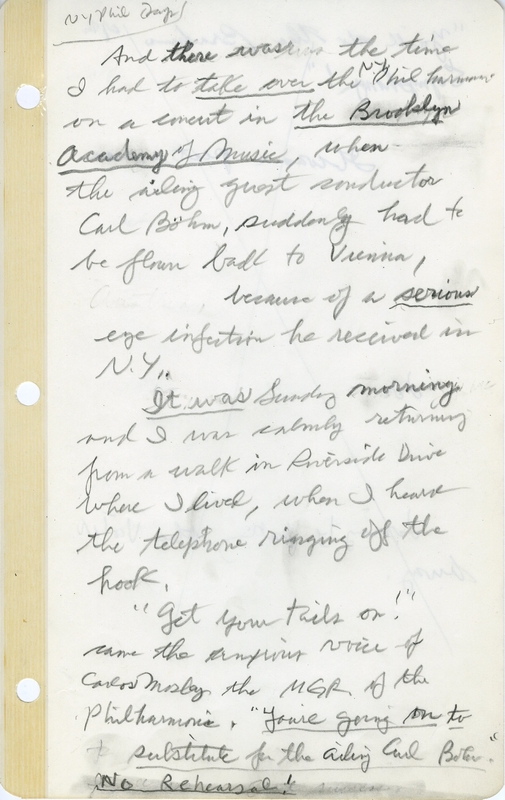 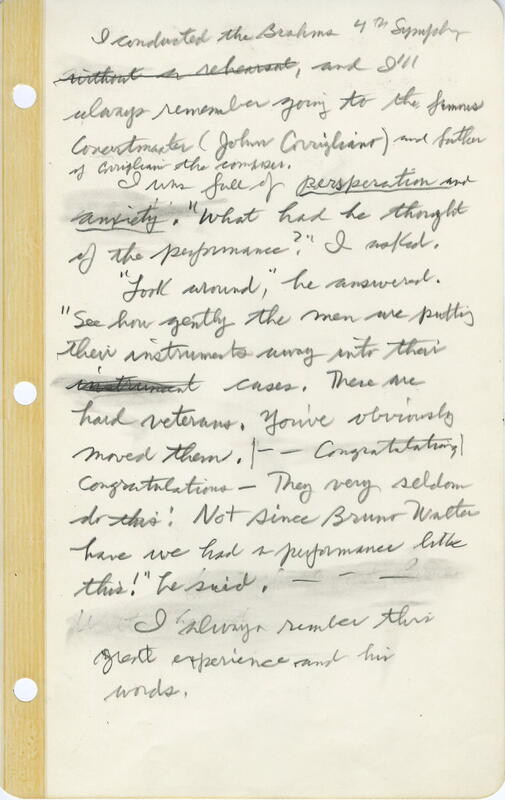 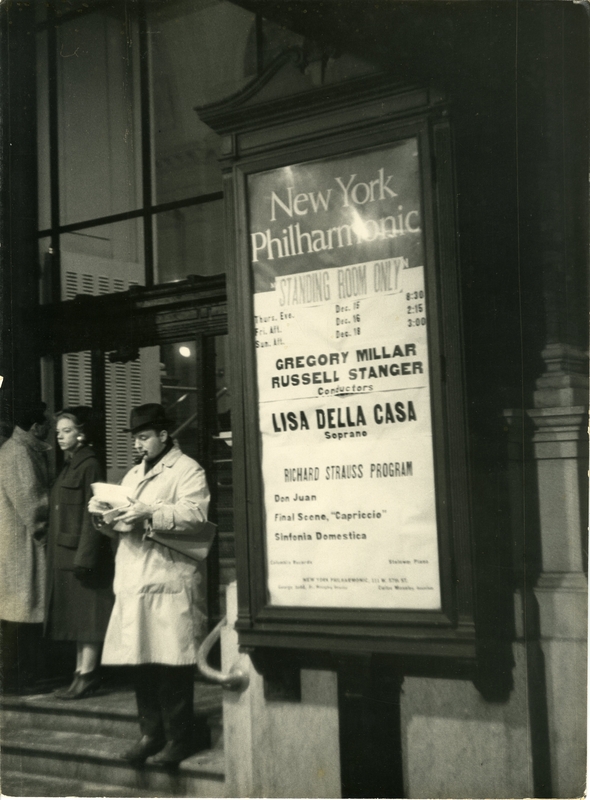 Austrian conductor Karl Böhm had been engaged by the NYP to conduct two concert programs in December, 1960. The first would feature works by Mozart, Hindemith and Brahms and the second would be an all-Strauss program. However, Böhm suffered a detached retina after the first week and was rushed back to Vienna for surgery. At the time Bernstein was unavailable to step in for Böhm, leaving assistant conductors Russell Stanger and Gregory Millar to cover the Strauss program.

And there was the time I had to take over the N.Y. Philharmonic on a concert in the Brooklyn Academy of Music, when the ailing guest conductor Carl Böhm, suddenly had to be flown back to Vienna, because of a serious eye infection he received in N.Y..

It was Sunday morning and I was calmly returning from a walk in Riverside Drive where I lived, when I heard the telephone ringing off the hook.

“Get your tails on!” came the anxious voice of Carlos Mosley the MGR of the Philharmonic. “You’re going on to substitute for the ailing Carl Böhm.”

I conducted the Brahms 4th Symphony without a rehearsal, and I’ll always remember going to the famous Concertmaster (John Corrigliano) and father of Corrigliano the composer.

I was full of perspiration and anxiety. “What had he thought of the performance?” I asked. “Look around,” he answered. “See how gently the men were putting their instruments away into their cases. These are hard veterans. You’ve obviously moved them.  | - - Congratulations | Congratulations – They very seldom do this! Not since Bruno Walter have we had a performance like this!  he said. -------

I’ll always remember this great experience and his words.