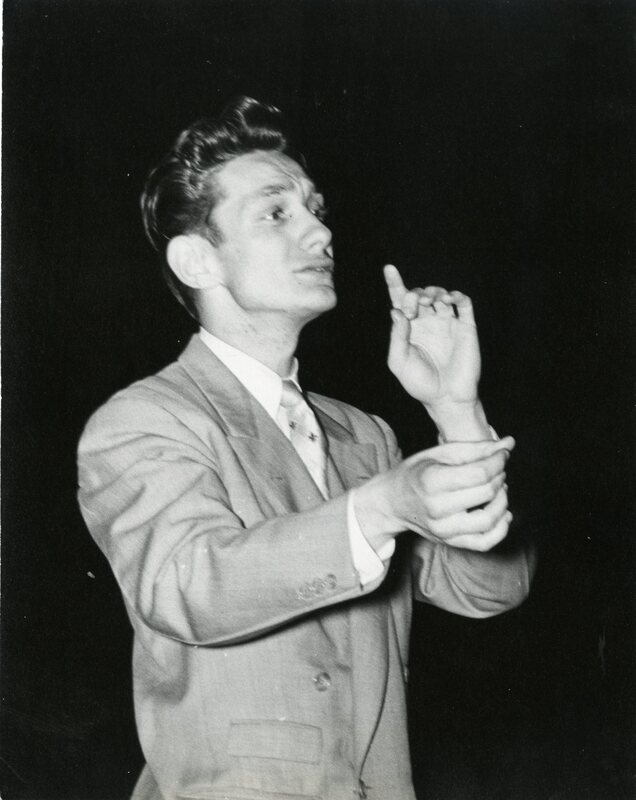 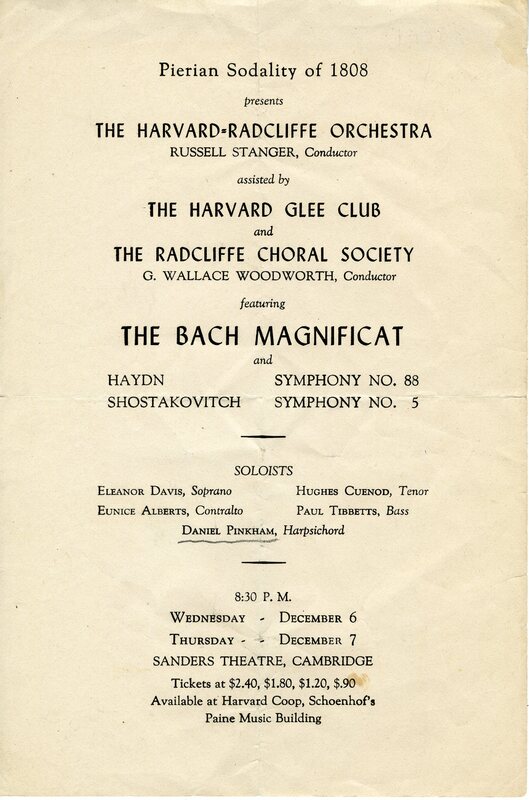 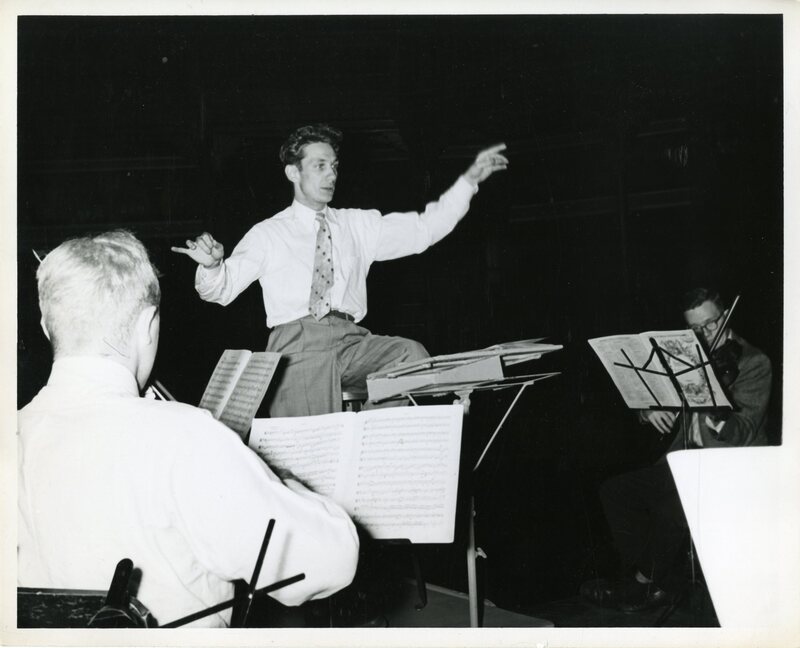 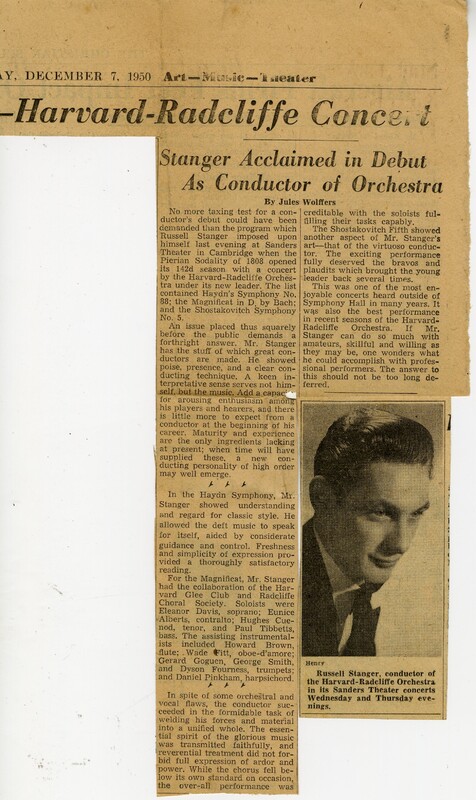 Stanger made his professional debut in 1950 as conductor of the Harvard-Radcliffe Orchestra, a post he held for three seasons. During this period he completed his graduate work at New England Conservatory receiving the degree Master of Music in 1952 while taking on the music directing responsibilities of the Pioneer Valley Symphony in Greenfield, MA which he led for four seasons. 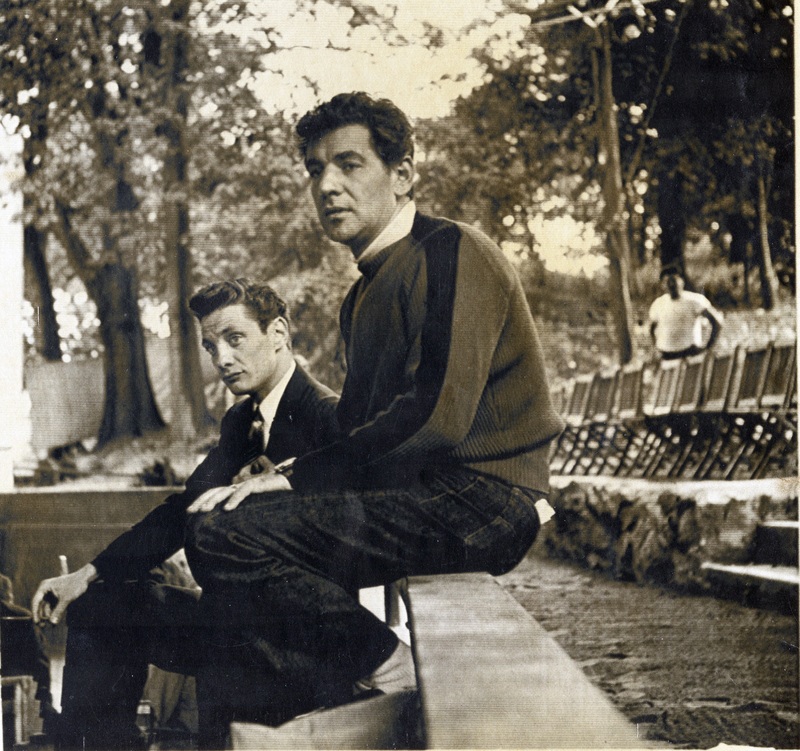 Russell Stanger and Leonard Bernstein during rehearsal for the 1952 Festival of the Creative Arts. 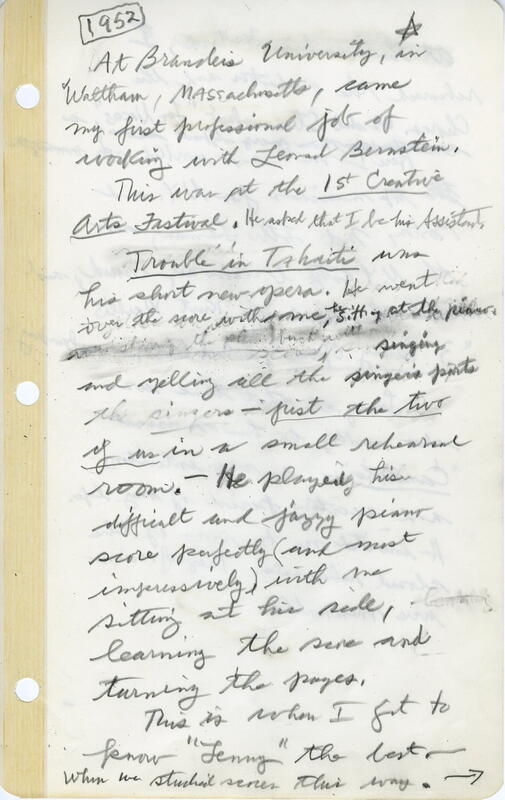 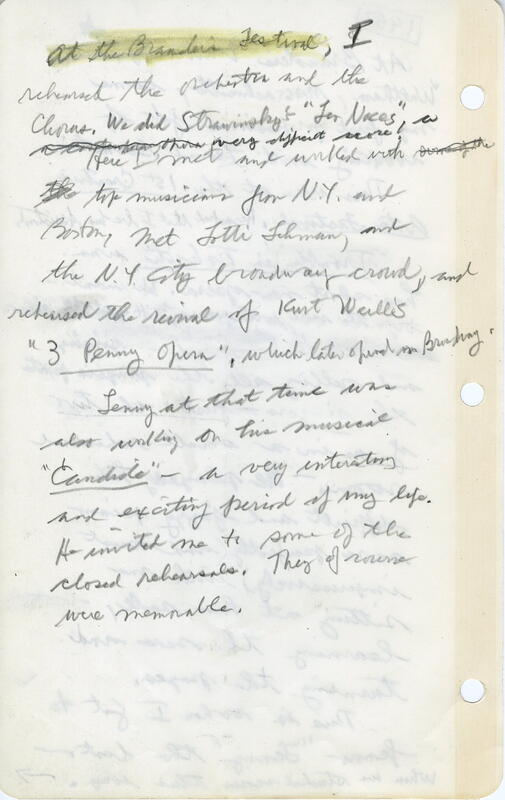 In 1952 Stanger was invited to serve as assistant to Leonard Bernstein during the inaugural Festival of the Creative Arts at Brandeis where he prepared the orchestra and chorus for three opera productions including Stravinsky’s Les Noches, Weill’s Threepenny Opera, and the world premiere performance of Bernstein’s Trouble In Tahiti.

At brandeis University, in Waltham, Massachusetts, came my first professional job of working with Leonard Bernstein. This was at the 1st Creative Arts Festival. He asked that I be his Assistant.

Trouble in Tahiti was his short new opera. He went over the score with me, he sitting at the piano. us sharing the same bench with only one music stand singing and yelling all the singers parts the singers—just the two of us in a small rehearsal room.—He playing his difficult and jazzy piano score perfectly (and most impressively) with me sitting at his side, learning the score and turning the pages.

This is when I got to know “Lenny” the best—when we studied scores this way.-->

At the Brandeis Festival, I rehearsed the orchestra and the Chorus. We did Stravinsky’s “Les Noces,” a contemporary opera a very difficult score!

Here I met and worked with some of the top musicians from N.Y. and Boston, Met Lotti Lehman (sic), and the N.Y. City broadway crowd, and rehearsed the revival of Kurt Weill’s “3 Penny Opera”, which later opened on Broadway.

Lenny at that time was also working on his musical “Candide”—a very interesting and exciting period of my life. He invited me to some of the closed rehearsals. They of course were memorable. 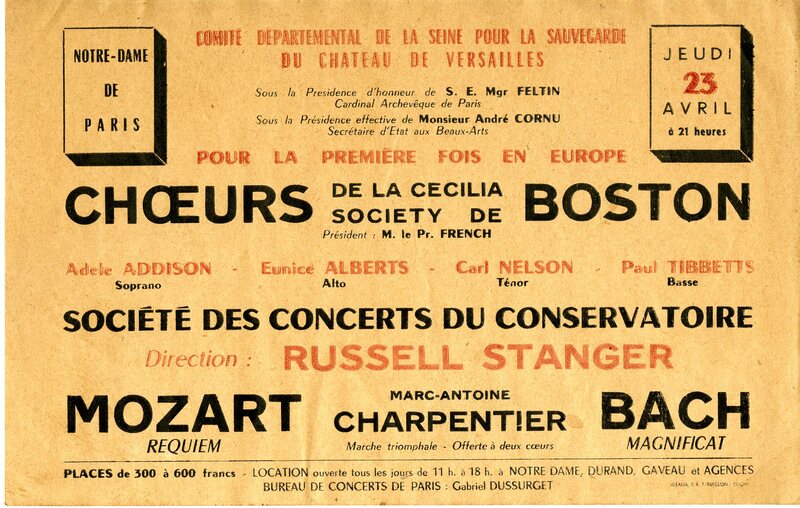 Playbill for the Cecelia Society of Boston's appearance at Notre Dame Cathedral in 1953. 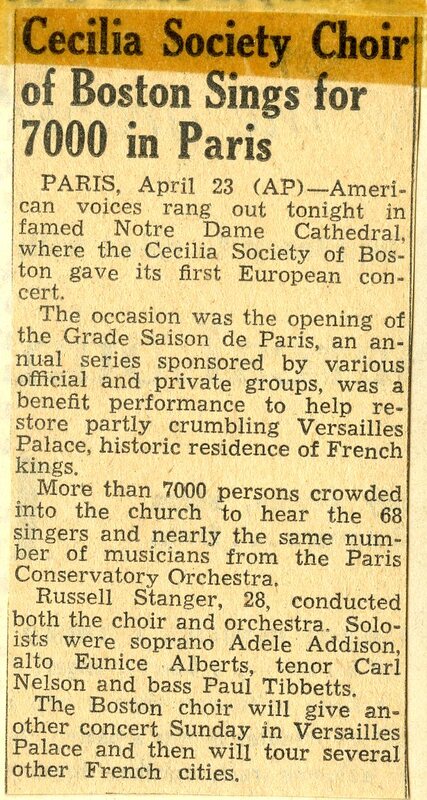 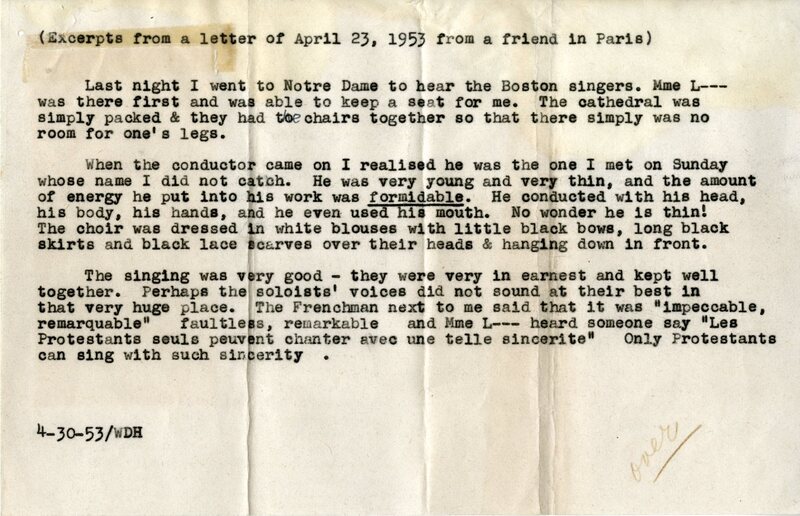 Excerpts from a letter "from a friend."

Also in 1952 Arthur Fiedler invited Stanger to guest conduct the Boston Pops to great success. When Fiedler fell ill in the spring of 1953 he asked Stanger to take his place as conductor of the Cecelia Society of Boston for its upcoming tour of France. During the tour Stanger appeared as guest conductor with the Société des Concerts du Conservatoire performing a concert at Notre Dame Cathedral before an audience of 7000 and becoming the first American conductor to perform there.