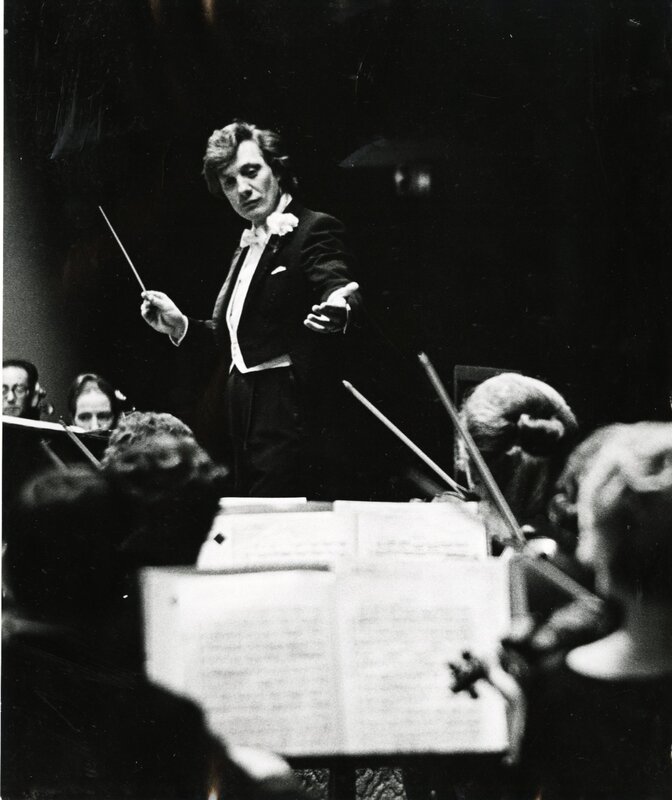 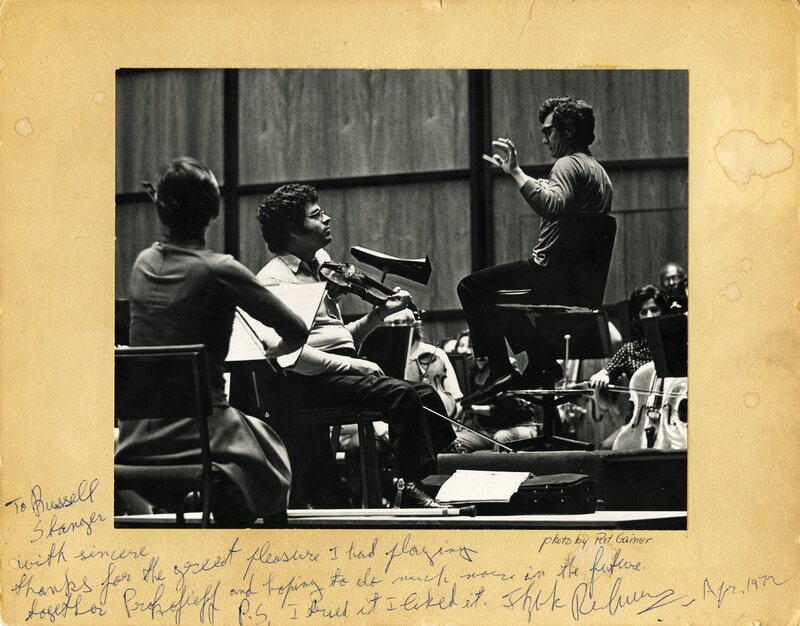 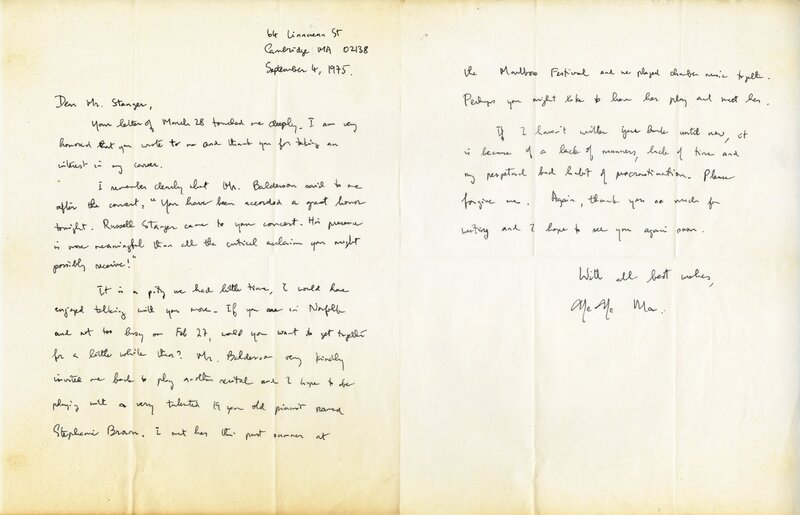 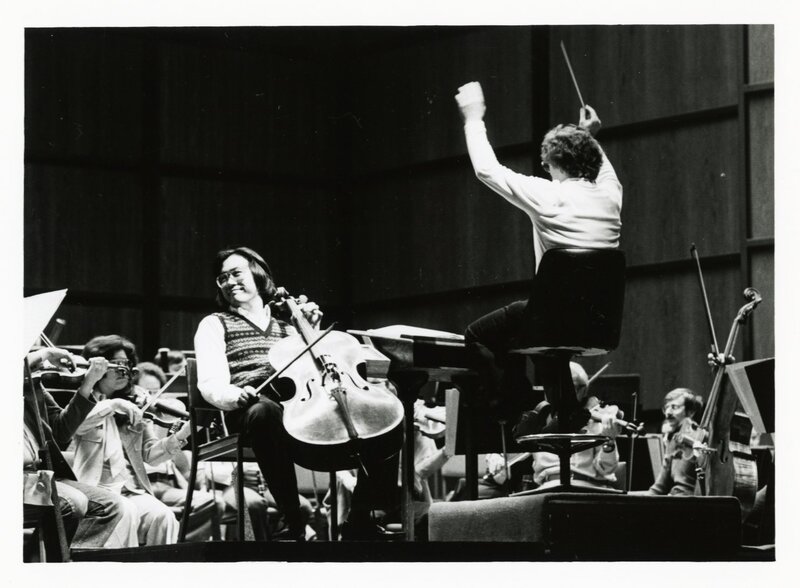 Yo-Yo Ma rehearses with the Norfolk Symphony in Chrysler Hall circa late 1970s.

As music director of the symphony it was expected of Stanger to bring major talent to the stage, and in this regard Stanger delivered, including such names as Itzhak Perlman, Yo-Yo Ma, Benny Goodman, and Aaron Copland to name a few. 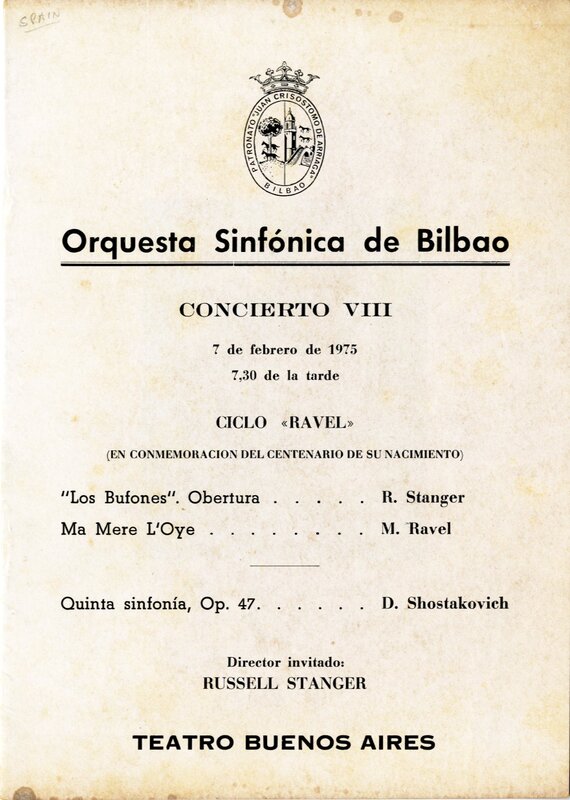 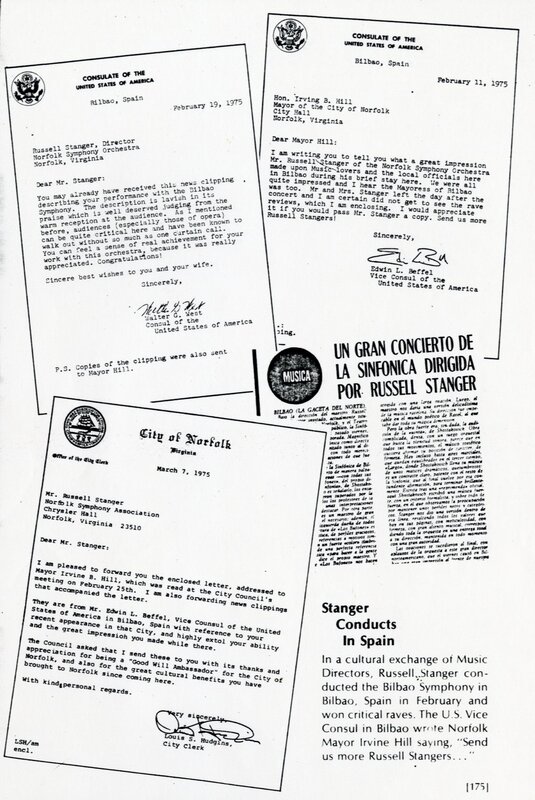 Stanger considered it part of his job to maintain a presence on the national and world stage with guest conducting engagements. While music director of the Norfolk Symphony Stanger appeared with orchestras in Germany, Spain, Norway, and across North America. 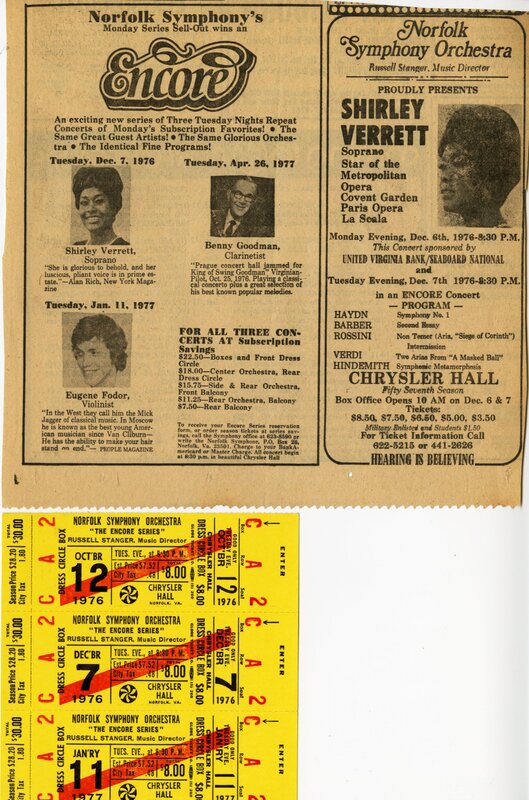 A few of the many guests Stanger invited to perform with the Norfolk Symphony. 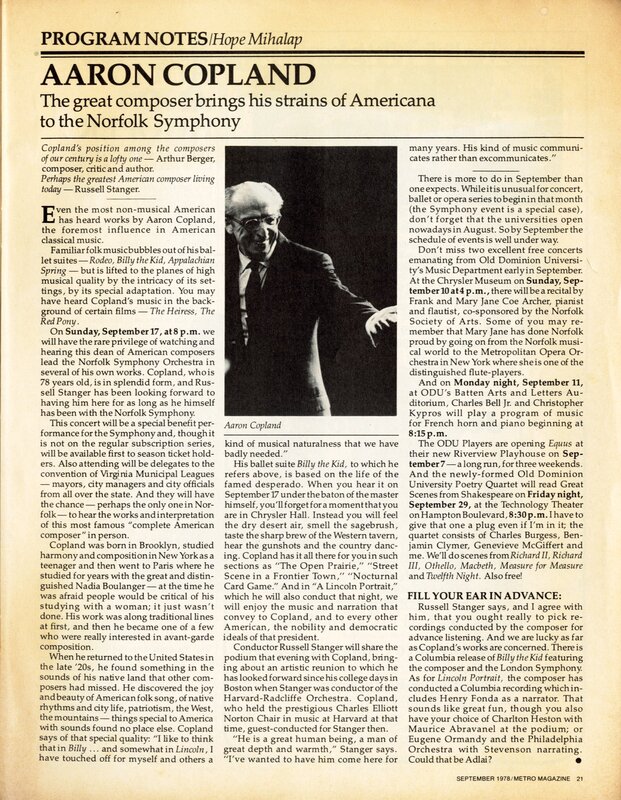 Article about Aaron Copland's appearance with the Norfolk Symphony in Metro Magazine, September, 1978, 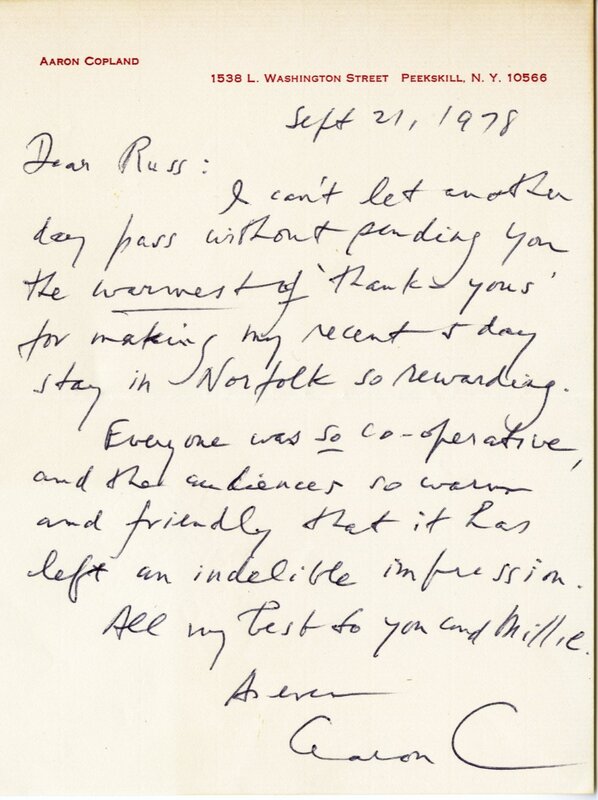 A note to Stanger from Aaron Copland. 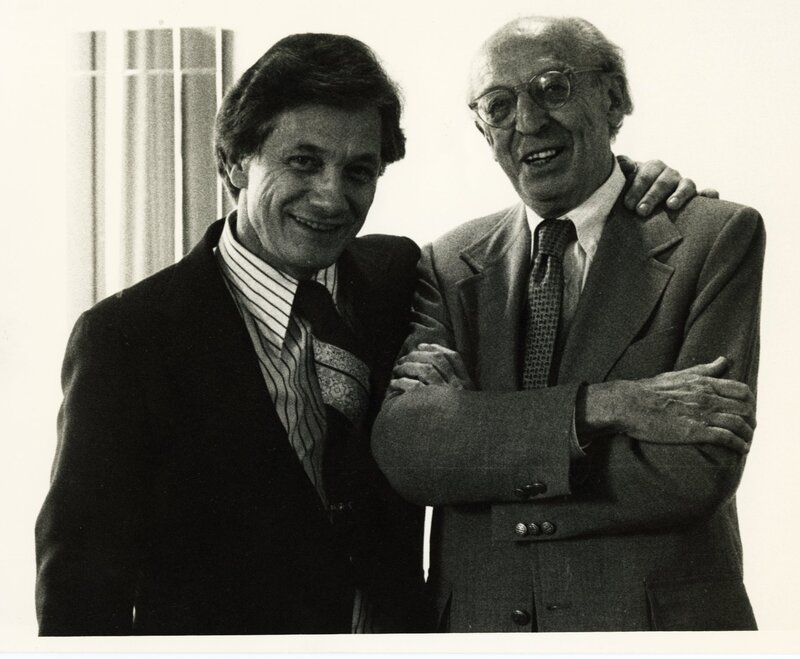 Russell Stanger and Aaron Copland during the latter's 1978 visit.

Stanger's capacity to attract talent stemmed largely from his pre-Norfolk Symphony career. His friendship with Aaron Copland, for instance, went back to his Tanglewood days. 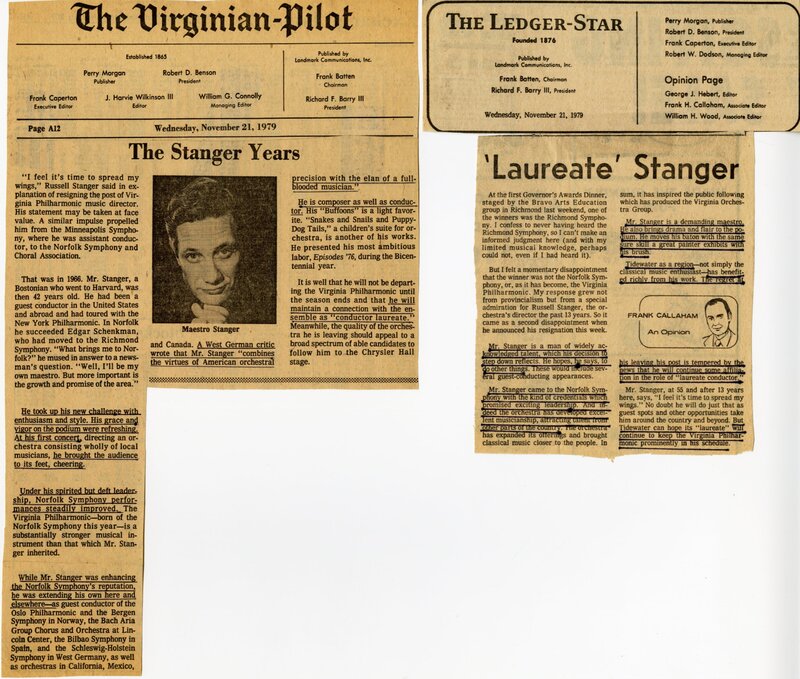 Stanger announces his resignation following the conclusion of his 13th season with the symphony. 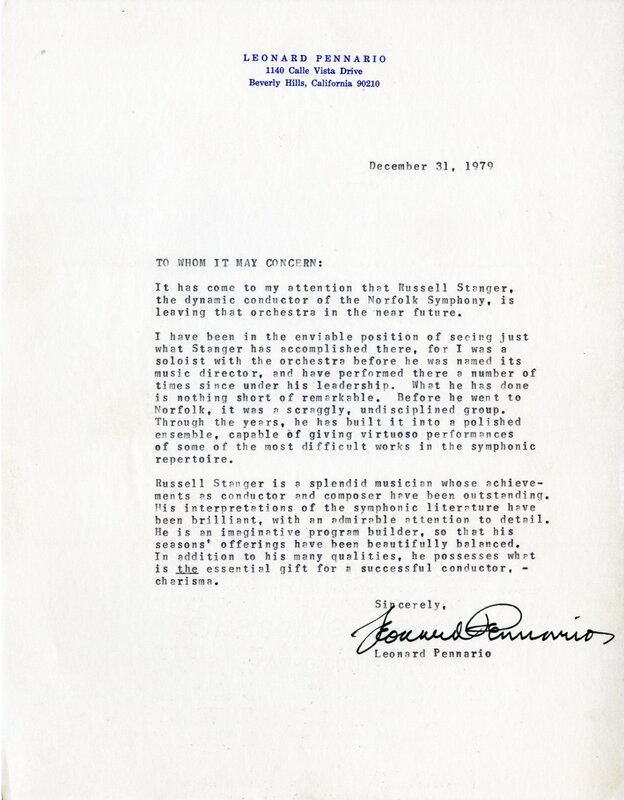 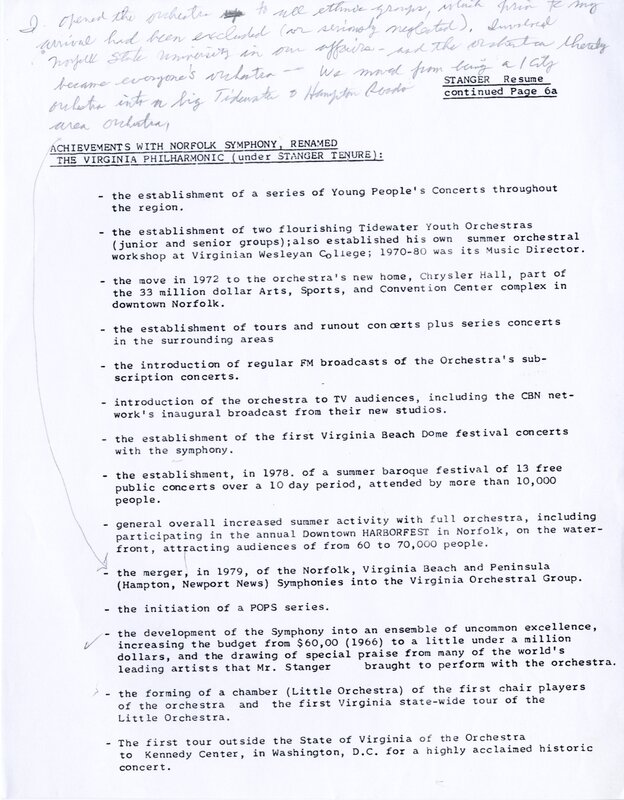 A page from Stanger's resume highlighting his achievements while music director of the Norfolk Symphony.

In November 1979 Stanger announced his resignation from the symphony, recently renamed the Virginia Philharmonic, effective at the end of the 1979-1980 concert season, citing a desire to "spread [his] wings," though at this point there may have been some insurmountable differences between his vision for the organization and that of its management. The symphony would be renamed the Virginia Symphony Orchestra a year later.