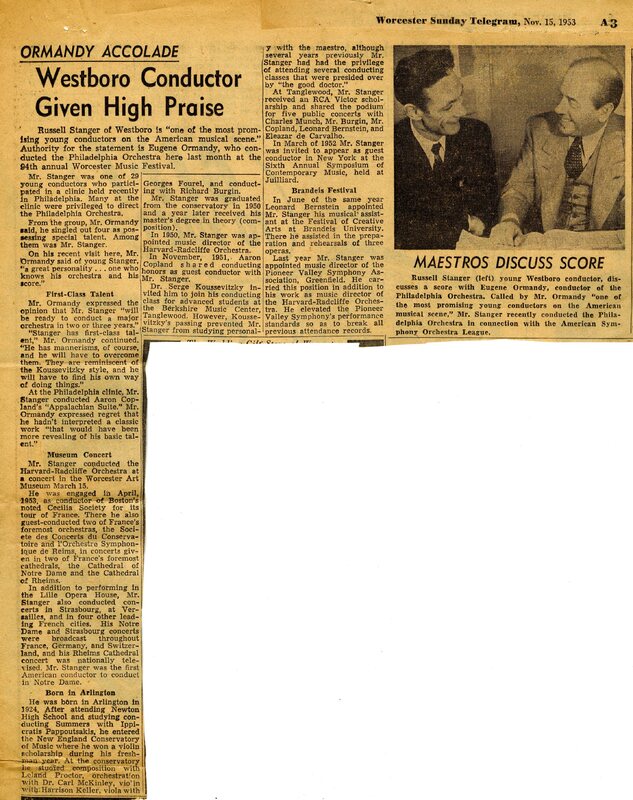 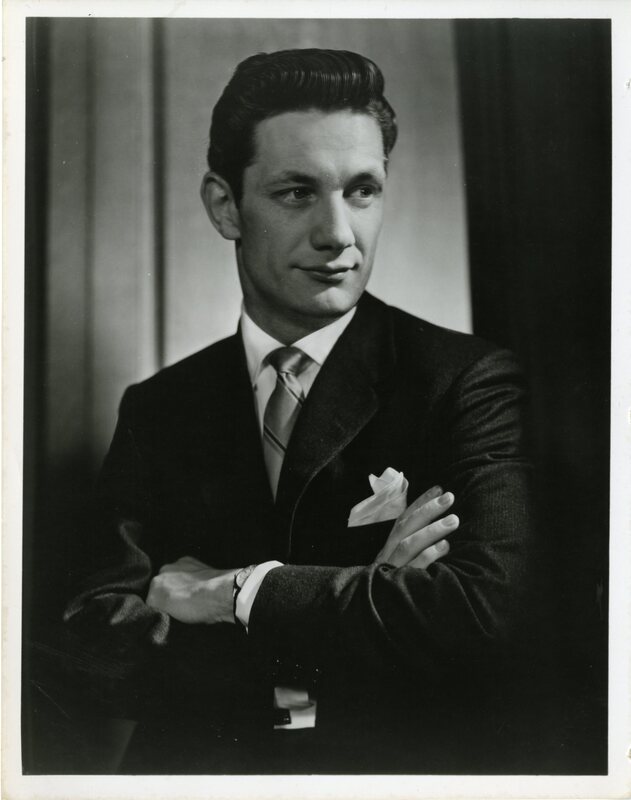 In the spring of 1953 Stanger participated in a conducting clinic hosted by the Philadelphia Orchestra where he was recognized by Eugene Ormandy who opined that Stanger was “one of the most promising young conductors on the American musical scene” and “will be ready to conduct a major orchestra in two or three years.” Ormandy continued, “He has mannerisms, of course, and he will have to overcome them. They are reminiscent of the Koussevitzky style, and he will have to find his own way of doing things.”

The following year Ormandy announced that Stanger would appear as guest conductor for the Philadelphia Orchestra during the 1954-1955 regular subscription season (scroll down for more about this important performance). 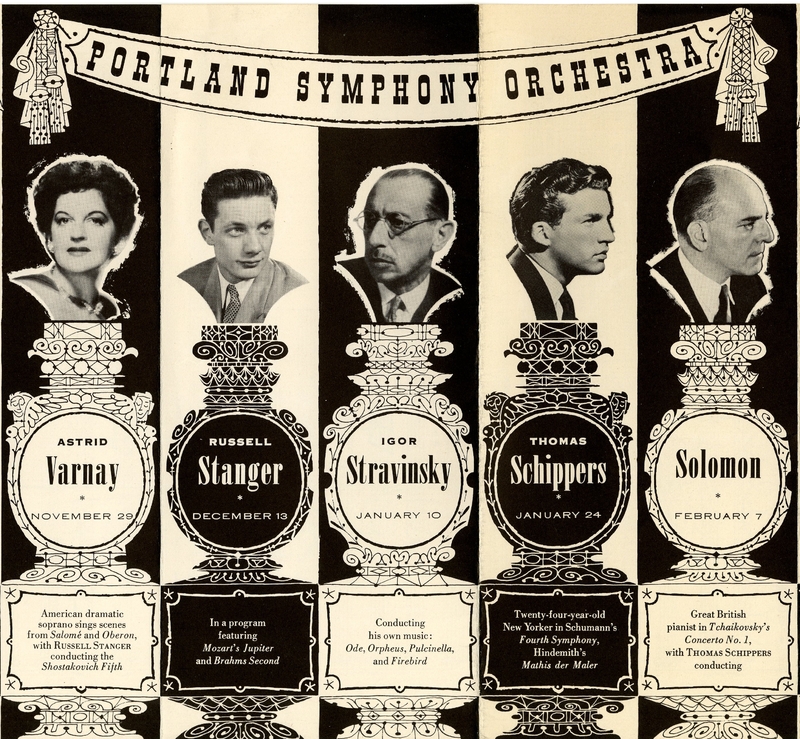 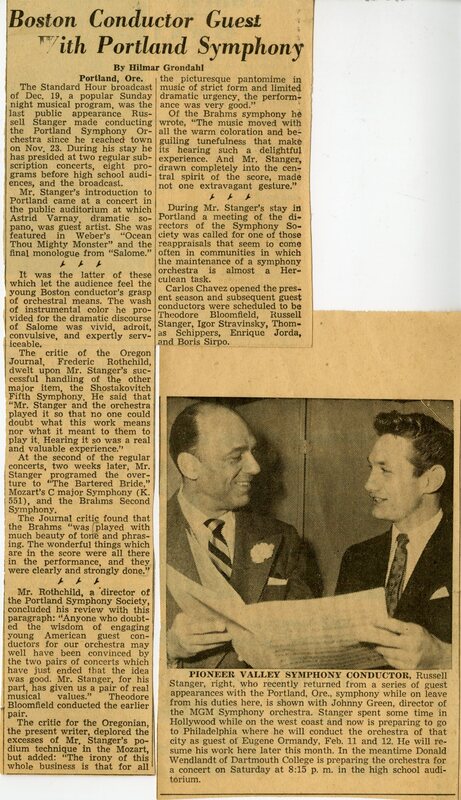 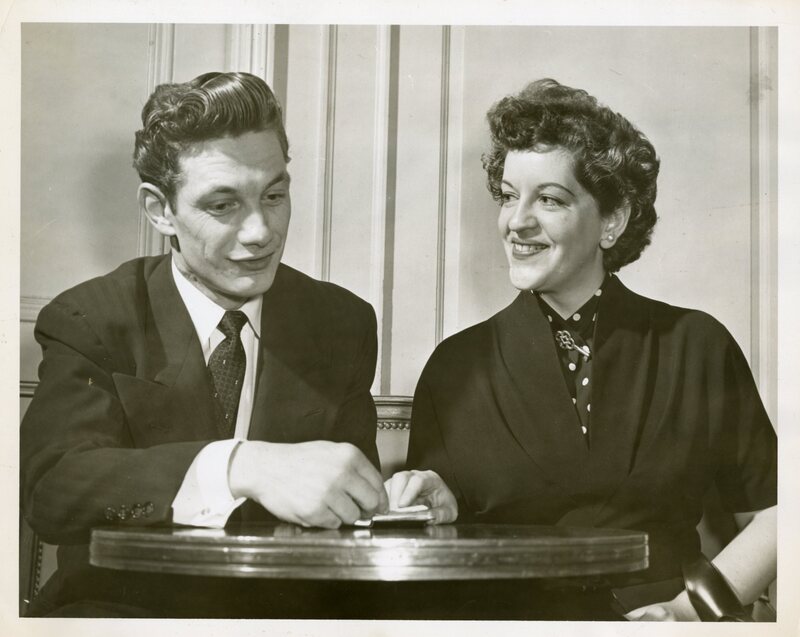 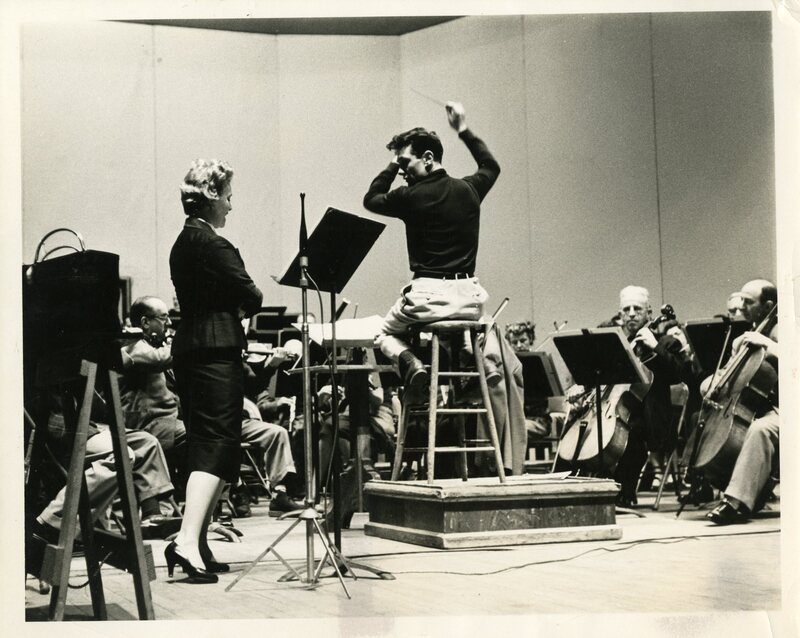 Stanger conducting the PSO with Virginia Haskins for "The Standard Hour" radio program which aired December 19, 1954. 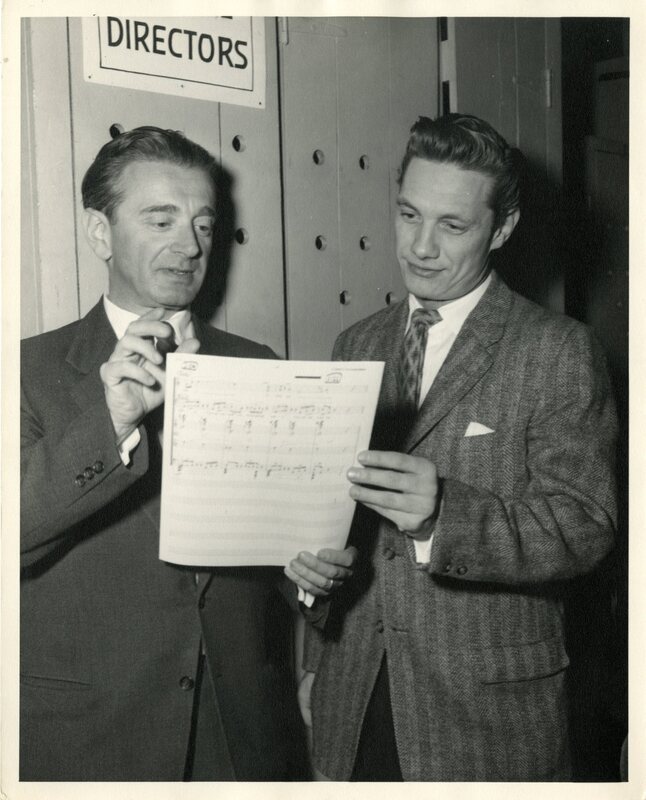 While on the West Coast over the holidays Stanger visited MGM Studios in Hollywood, CA, shown here with composer Franz Waxman.

Meanwhile Stanger was pressing forward in his bid for a permanent position. He accepted an invitation to appear with the Portland Symphony for two concert programs during late 1954 and early 1955. After the first program John Rasco, host of KGW’s The Editor Speaks sang Stanger’s praises, saying that despite his youth Stanger “commanded the performance like a veteran.” Noting that for two years the Portland Symphony had been seeking a permanent conductor Rasco stated his recommendation on behalf of KGW that Stanger be considered a major competitor for the position. Following these performances Stanger led the symphony during a live broadcast of The Standard Hour, a popular Sunday night radio show carried by NBC affiliates on the West Coast featuring Virginia Haskins, soprano. 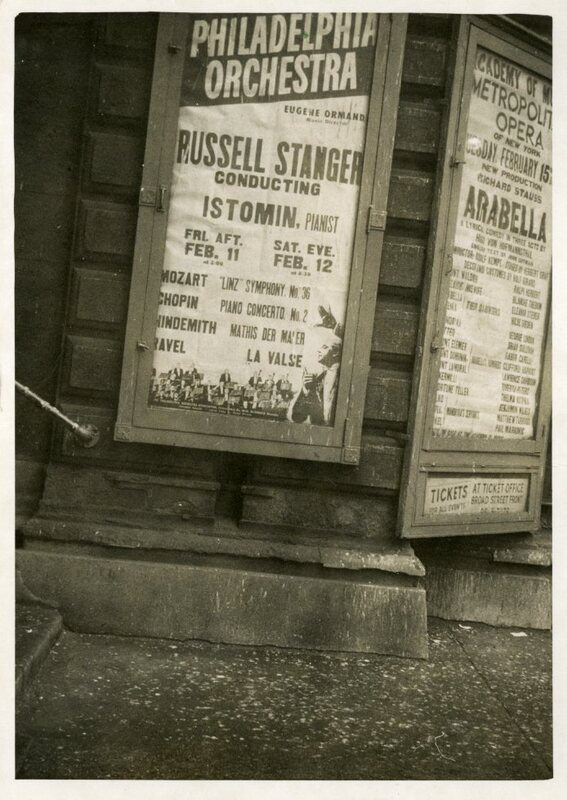 Poster for Stanger's appearance with the Philadelphia Orchestra February 11 & 12, 1955. 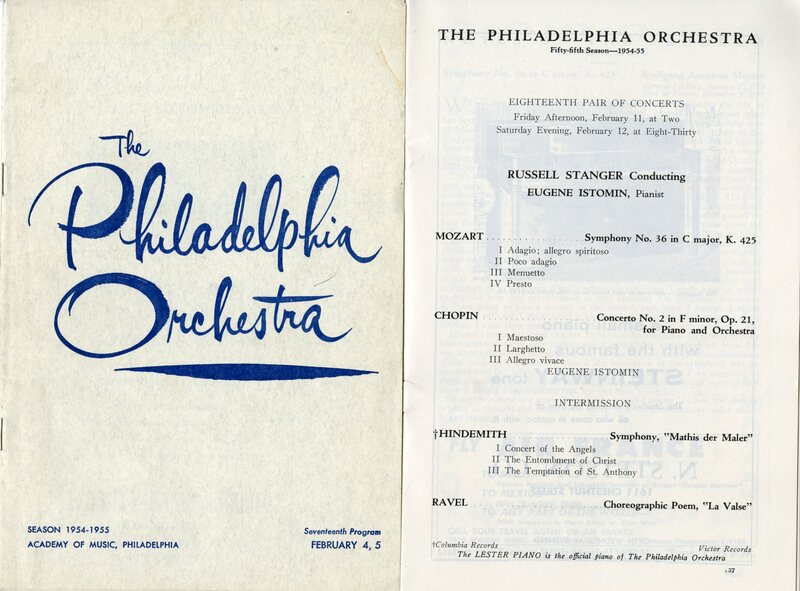 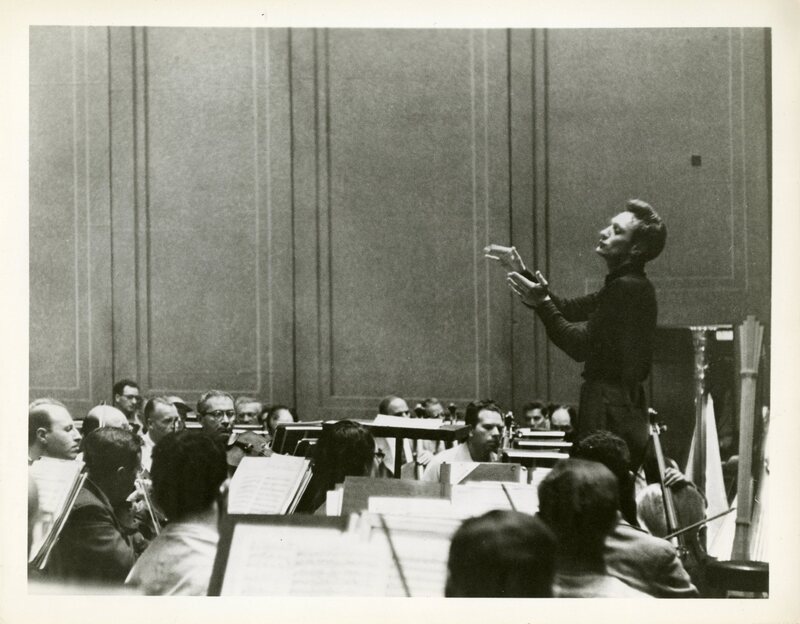 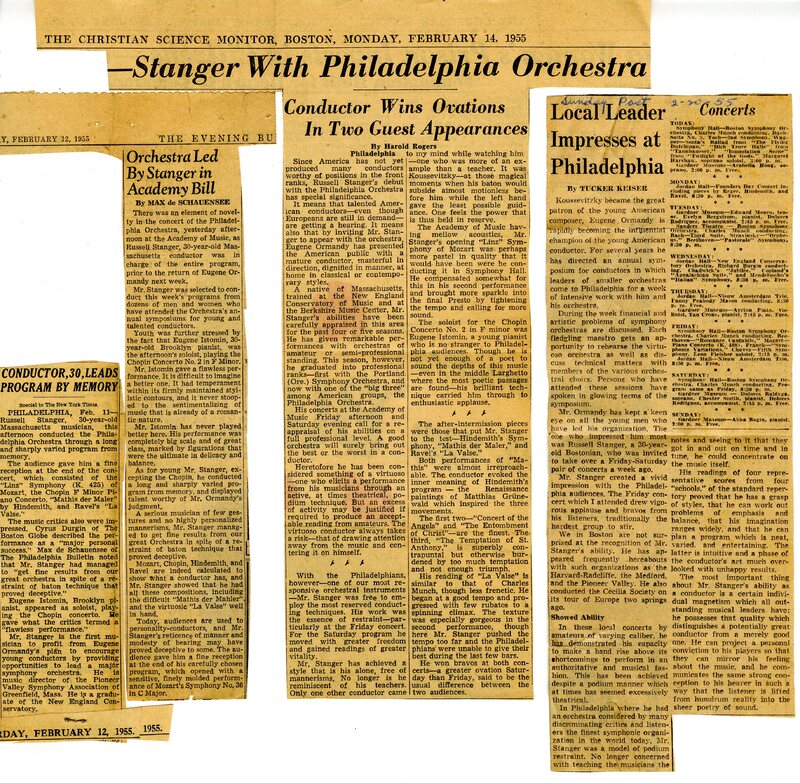 The critics react to Stanger's performances.

In 1954 Eugene Ormandy selected Russell Stanger to lead the Philidelphia Orchestra in two regular season subscription concerts in an unprecedented move that shocked the conducting world. Never before had so young a conductor been given this honor, and an American, no less, during a time when European conductors still reigned over their American counterparts. Such was the ability Ormandy saw in the young Stanger.