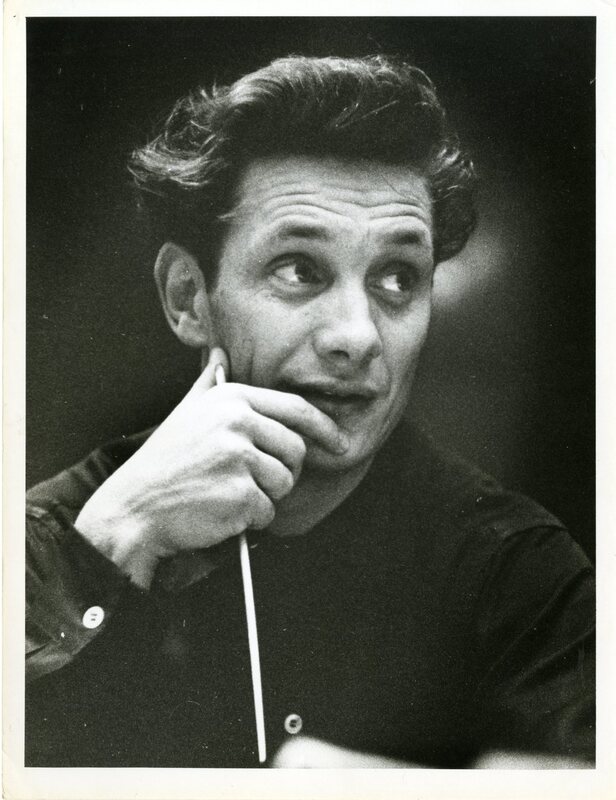 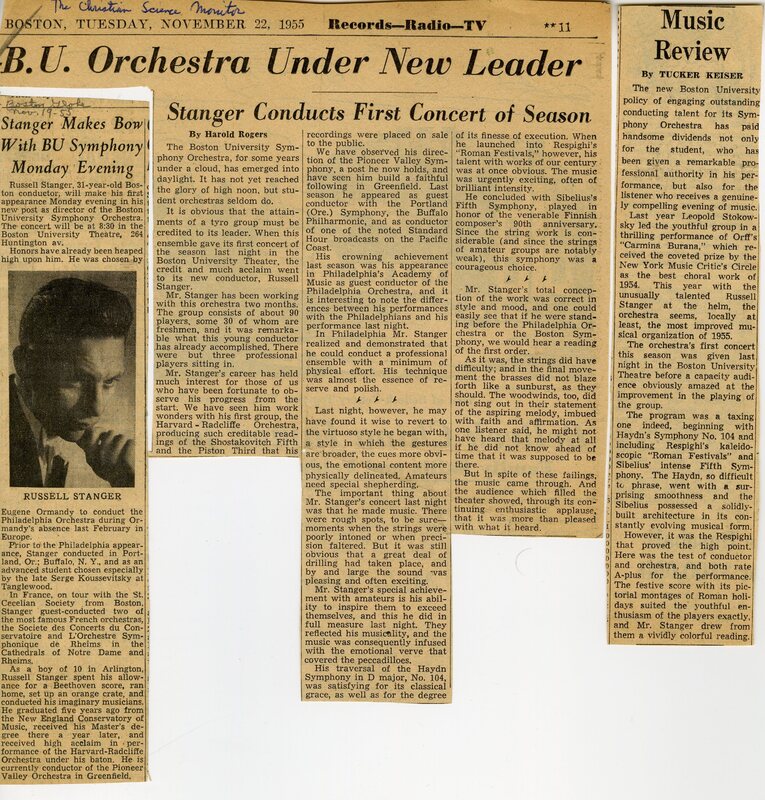 In 1955 Stanger was appointed Music Director of the Boston University Symphony Orchestra and given faculty rank. He served in that post for three seasons. 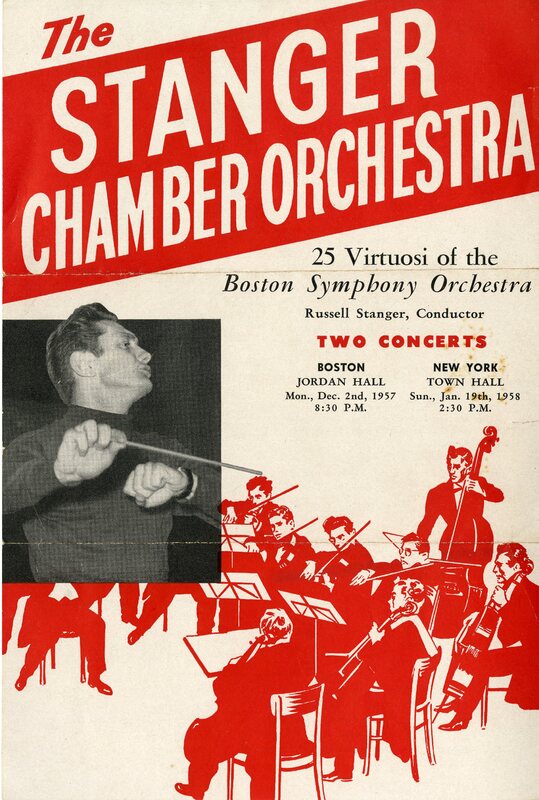 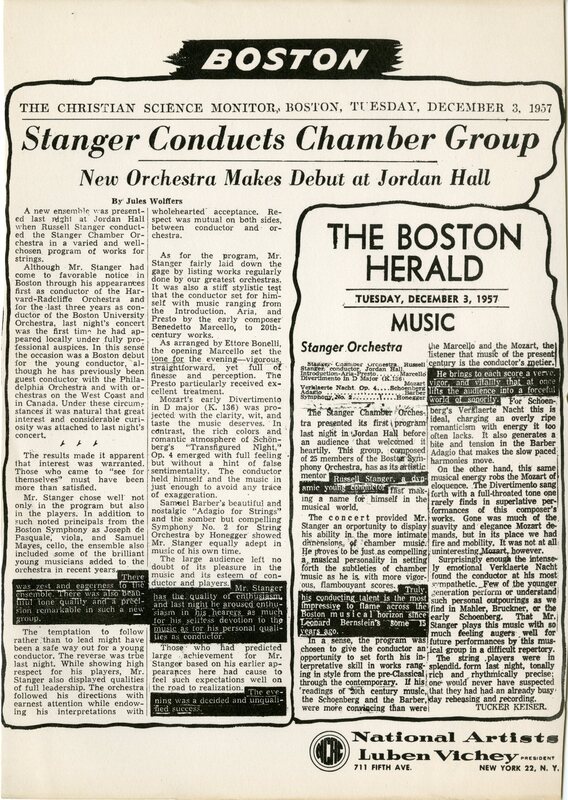 Reviews from the local press. 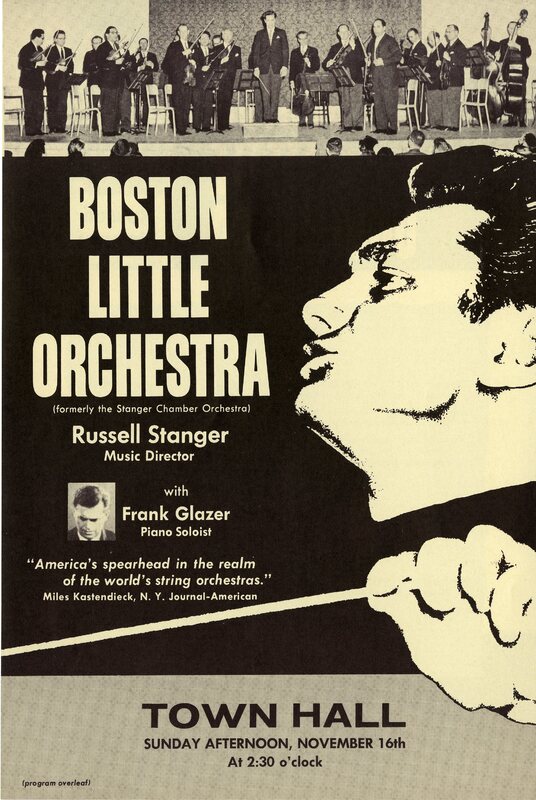 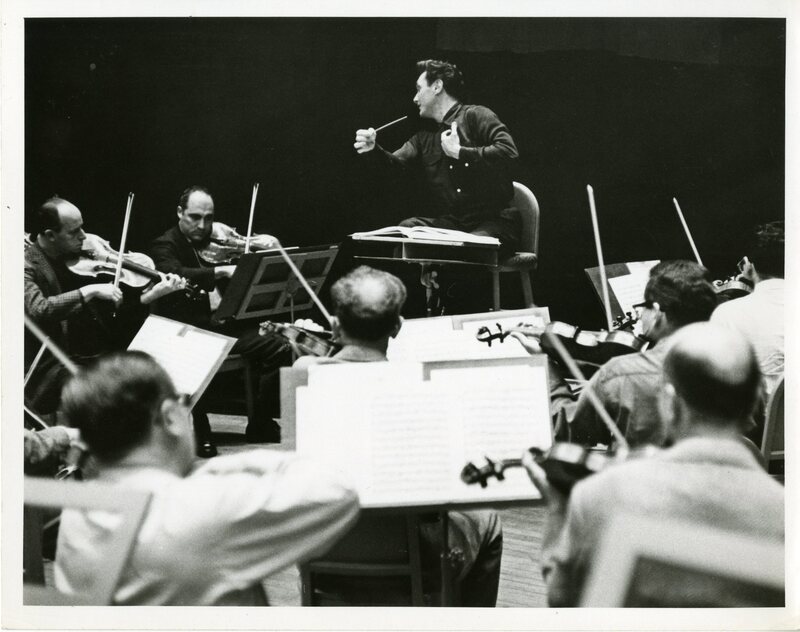 In 1957 he founded The Stanger Chamber Orchestra, an ensemble comprised of 25 strings, all virtuosi of the Boston Symphony Orchestra. The group lasted three seasons (the name was changed to Boston Little Orchestra in the second season) with performances in Boston, NYC and surrounding areas. 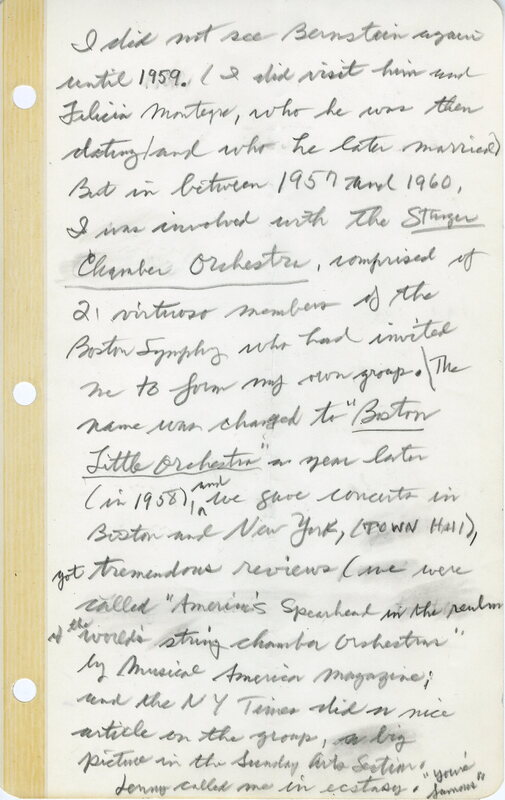 I did not see Bernstein again until 1959. (I did visit him and Felicia Montegra, who he was then dating/and who he later married). But in between 1957 and 1960, I was involved with the Stanger Chamber Orchestra, comprised of 21 virtuoso members of the Boston Symphony who had invited me to form my own group. \The name was changed to “Boston Little Orchestra” a year later (in 1958), and we gave concerts in Boston and New York, (Town Hall), got tremendous reviews (we were called “America’s Spearhead in the realm of the world’s string chamber orchestras” by Musical American magazine; and the NY Times did a nice article on the group, to big picture in the Sunday Arts Section. 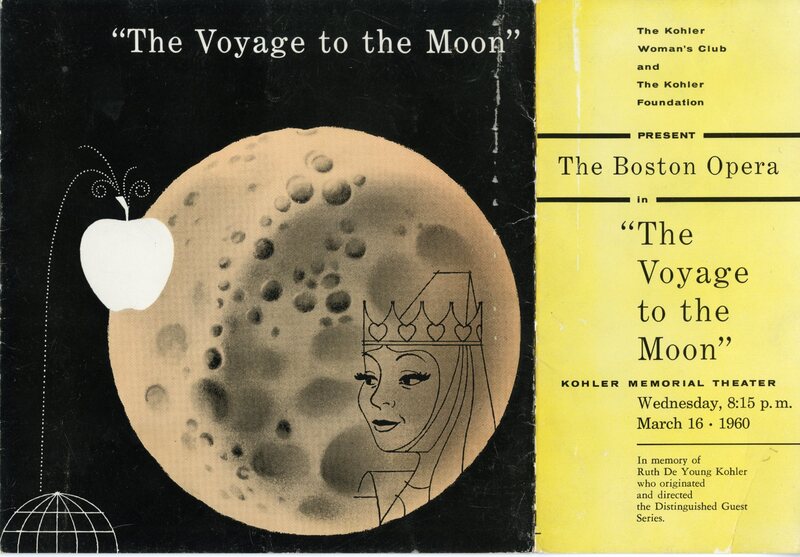 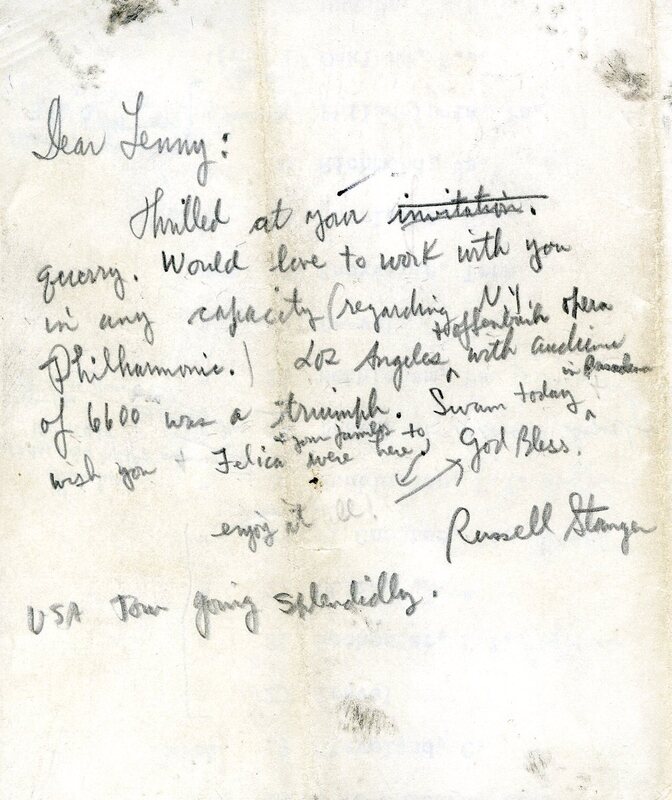 Notes for Stanger's acceptance to Bernstein's offer, sketched while on tour in the Midwest.

In early 1960 Stanger was engaged in conducting the Boston Opera Company in a Midwest tour of Offenbach’s Voyage To The Moon. It was during this tour that Stanger was contacted by Leonard Bernstein regarding a possible appointment with the New York Philharmonic. Stanger sketched notes for his acceptance on the back of a page from the tour schedule.