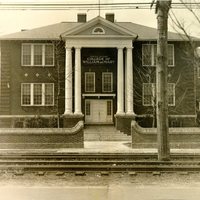 1930s view of the front of the
old Larchmont Elementary School,
with streetcar tracks on Hampton Boulevard

The Larchmont Elementary School was originally built in 1912 and was located on the northwest corner of Hampton Boulevard and Bolling Avenue. An addition was constructed in 1921-22.

From 1919-1930, the College of William and Mary offered weekly extension courses for southside students in the Larchmont Elementary School building. The building became available for purchase when a replacement elementary school was constructed across the street. 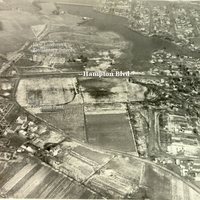 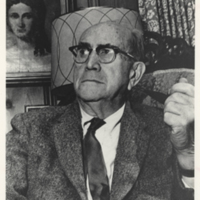 Joseph E. Healy was one of the original administrators of the Norfolk Division of the College of William & Mary. He was interviewed by Robert H. Land of William & Mary on
June 9, 1960. Among his recollections...

... In the winter of 1930, when I heard that the Norfolk city school board was to build a new elementary school in Larchmont, ... I realized that the old elementary school would be abandoned. So I went down to see Mr. Hughes. I said, "Mr. Hughes [Robert Morton Hughes], here is our opportunity to bring a college to Norfolk by using the old Larchmont Elementary School building when it's abandoned."

[As Mr. Healy, Mr. Hughes, Dr. J.A.C. Chandler, and Mr. A. H. Foreman looked over the school and land....]Dr. Chandler looked over the building. "Fine, fine," he said. There was some open land right near it, near the Larchmont School. "Foreman, see all that property out there? Get an option on that property."

This was April, 1930, if I remember correctly. I didn't hear any more then until about the 15th of June .... and I got a call from Mr. Foreman's office. Dr. Chandler said, "Healy, come on down here as soon as you can get here." So I got in my car and drove down. Dr. Chandler was a very direct man; he wasted no words whatsoever. "Healy, go out to the Larchmont School Monday morning, have a telephone installed, employ a secretary, prepare a catalog, and start enrolling students. I will pay you $500." And that's all he said -- just like that. Those were the words he used.

The facility was renamed the "Administration Building" and became the Norfolk Division of the College of William and Mary's all-purpose campus center. The building contained classrooms, administration offices, a library, and science laboratories. In 1931, a snack bar was added and became a favorite student hangout. Prior to the snack bar addition, the Norfolk Division students ate lunch in the new Larchmont Elementary School's cafeteria across the street. In that same year, Virginia Polytechnic Institute also offered extension courses at the Division. 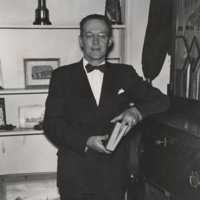 Lewis W. Webb, Jr. was President of the Norfolk Division and Old Dominion College from 1946-1969.

... Everything was in the one building which was.... The front of the building had six classrooms and a few offices, which the offices at that time were the former cloak rooms. The elementary school had a cloak room in the back of each room, and we divided those into two pieces and had the faculty offices in the cloak rooms. So, it wasn't quite plush. 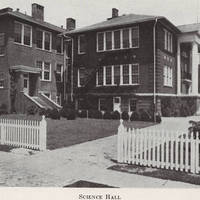 In the 1940s, after the current Administration Building (Rollins Hall) was completed, the old Larchmont Elementary School became known as the "Science Hall" or "Science Building" until a new science building was constructed in 1954. 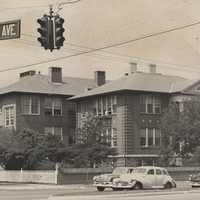 In 1955, the building became the "Old Science Building" and was renovated at a cost of $24,150. The Speech Center's pilot program (later the Speech and Hearing Clinic) began in the old Science Building in 1955. Started by Professor Reuben Cooper of the Speech Department, the Center was later moved to the Child Study Center. 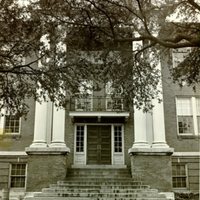 From the 1960s through 1975, classrooms and offices in the old Larchmont Elementary School continued to be utilized (e.g., English, Political Science, Art, Foreign Languages, Geology). 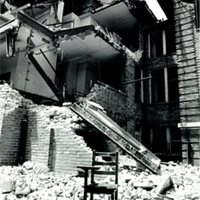 But time had taken its toll on the old building -- it was razed in 1975. Old Dominion University saved 10,000 bricks from the building, and for years afterward presented them as bookends to retiring ODU personnel. 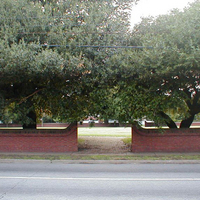 Today, a "brick field" is all that remains of the old Larchmont Elementary School. 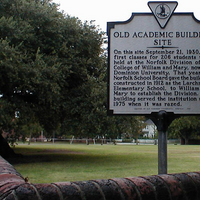 On this site September 21, 1930, the first classes for 206 students were held at the Norfolk Division of the College of William and Mary, now Old Dominion University. That year the Norfolk School Board gave the building, constructed in 1912 as the Larchmont Elementary School, to William and Mary to establish the Division. The building served the institution until 1975 when it was razed.