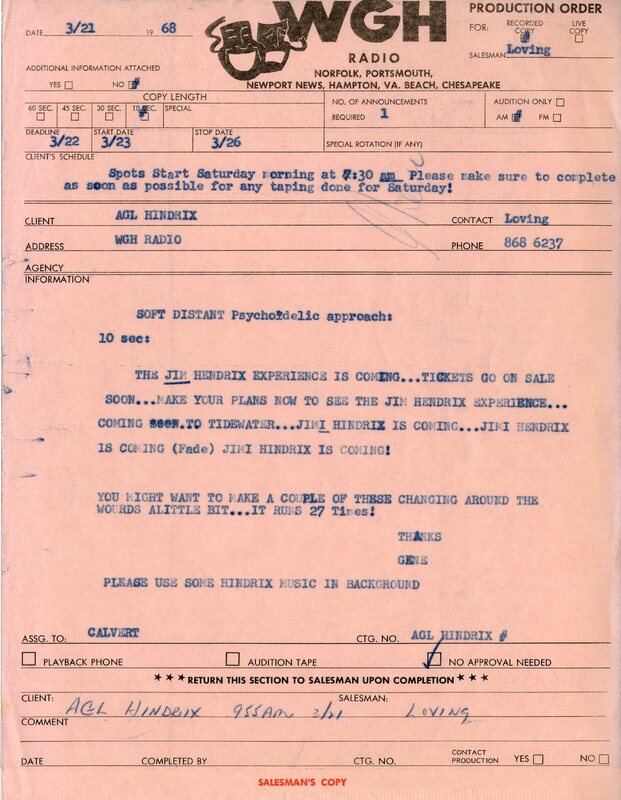 The Jimi Hendrix Experience backstage at The Dome. 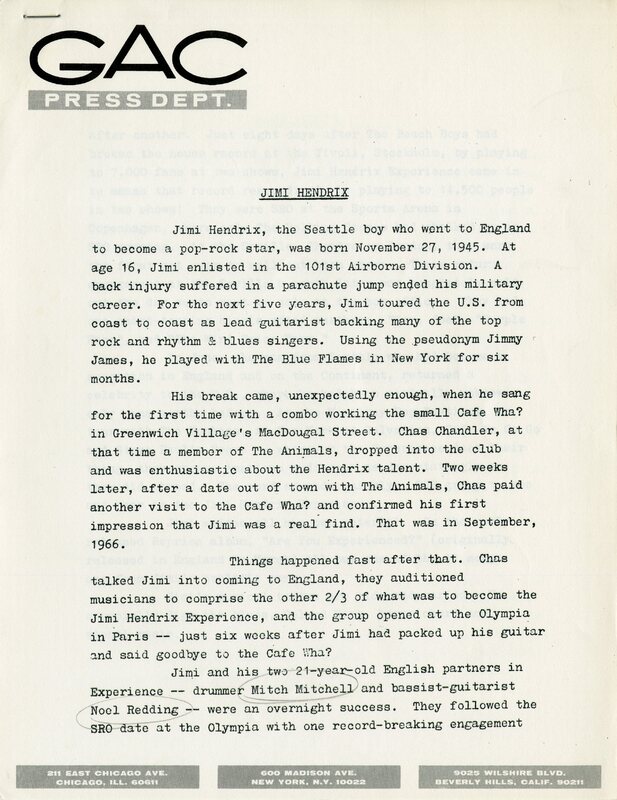 Jimi Hendrix bio. Artist biographies were included in most press kits and are found throughout the collection. 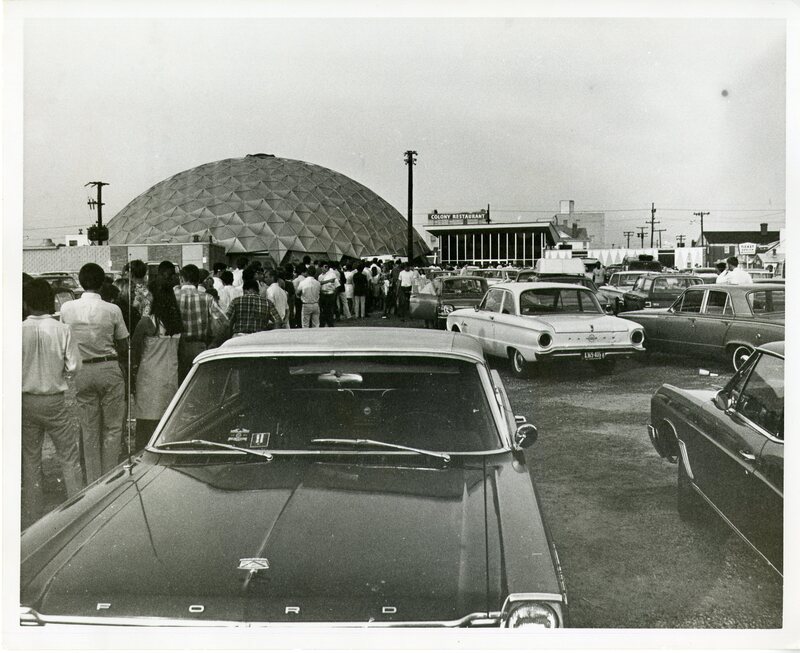 Fans line up outside the Dome.

Review of the Richmond show. 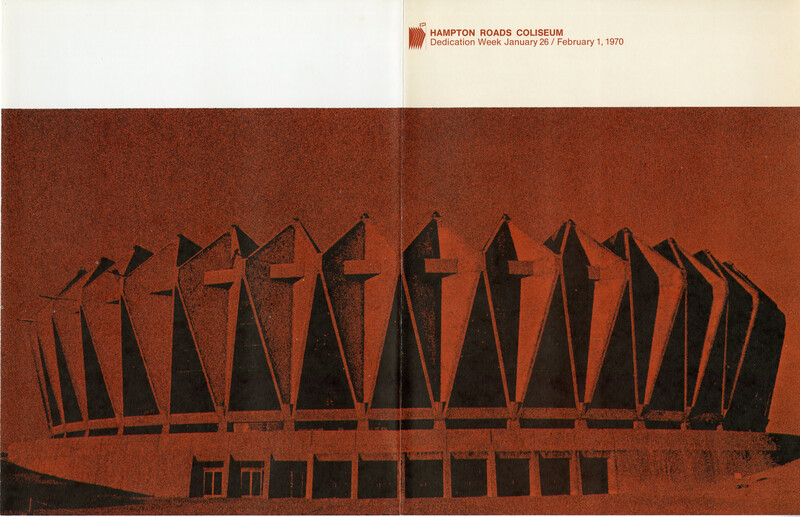 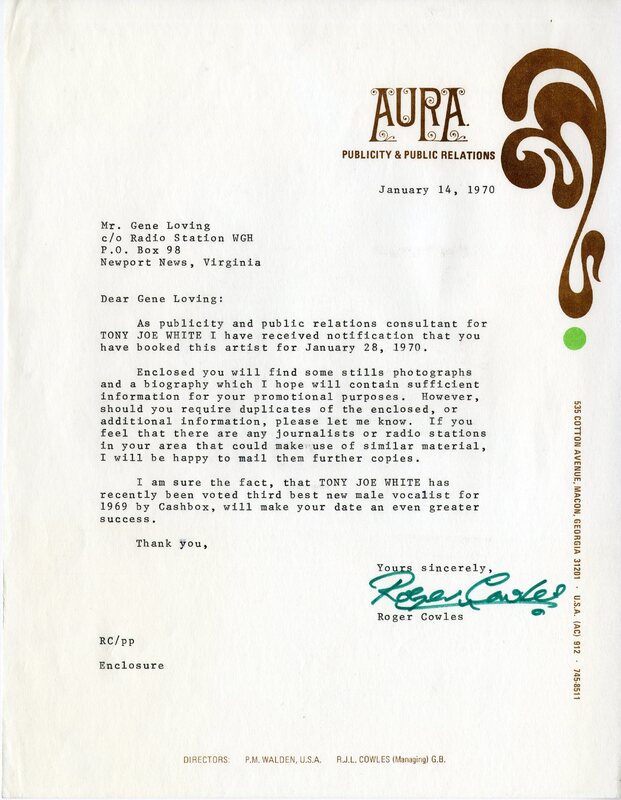 Public relations info for Tony Joe White on letterhead featuring a psychedelic design. Brown was big in the 1970s. 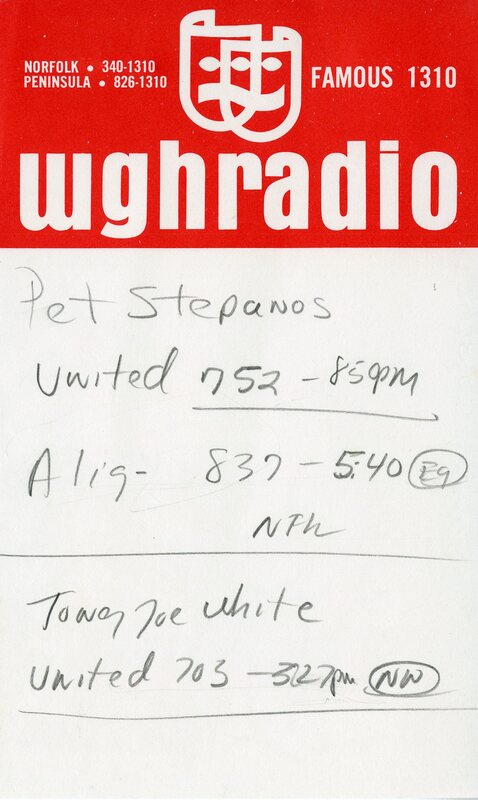 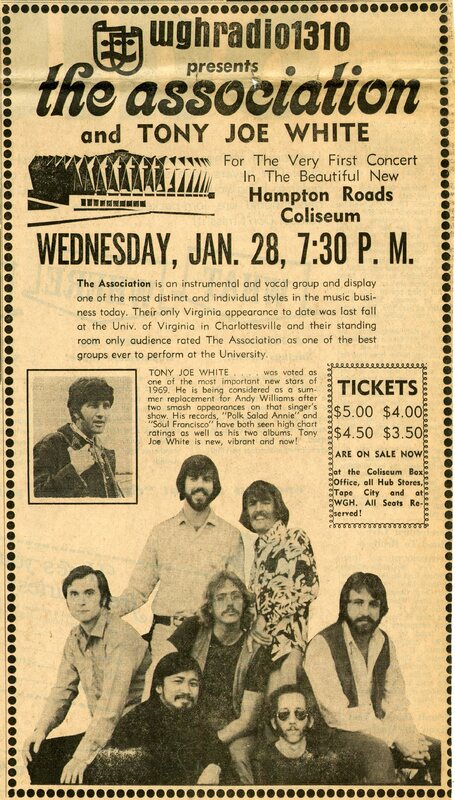 Newspaper ad for the performance.

Opening celebrations for the new Hampton Roads Coliseum took place in late January, 1970. Among the scheduled concerts was an appearance by The Association with opening act Tony Joe White. White was a no-show, his flight having been delayed, so The Association expanded their show from one set to two and received good reviews. 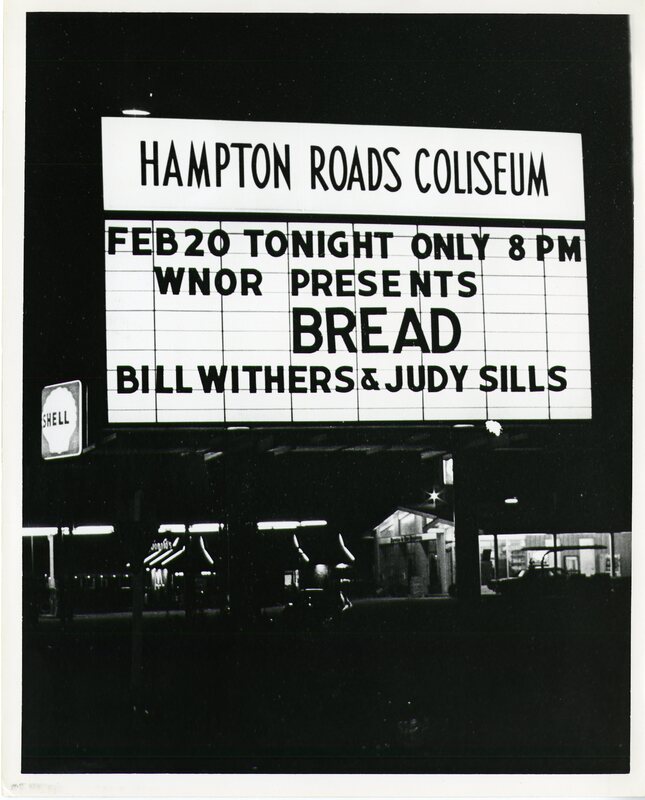 By the early 1970s tickets had gained a more modern appearance. 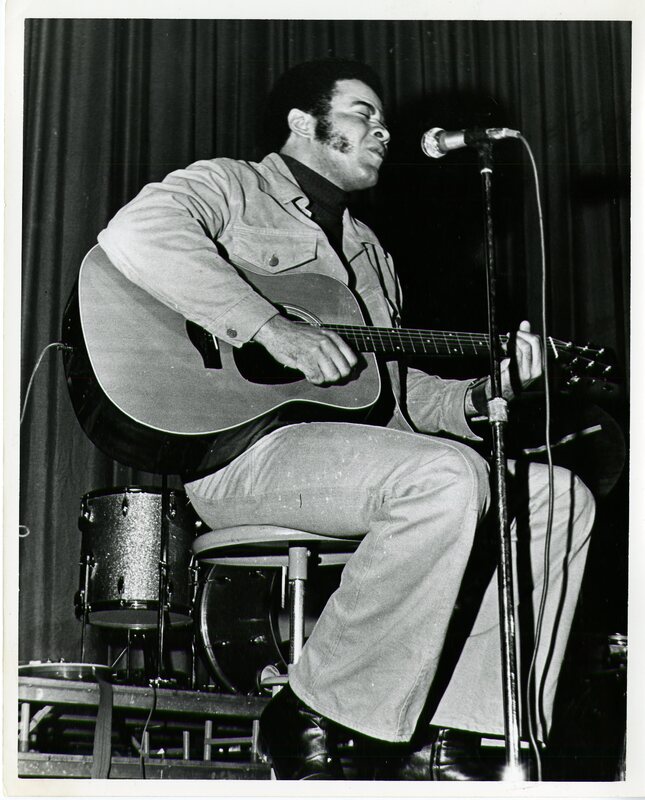 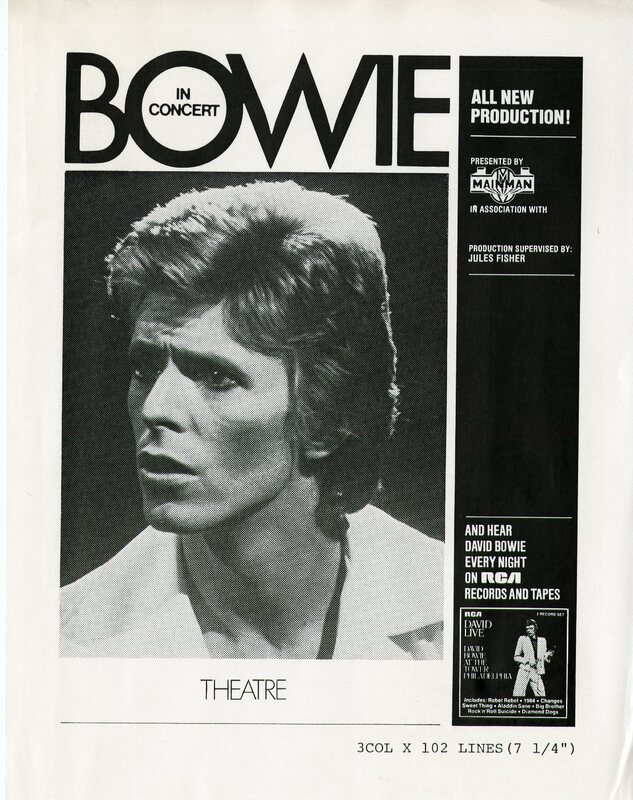 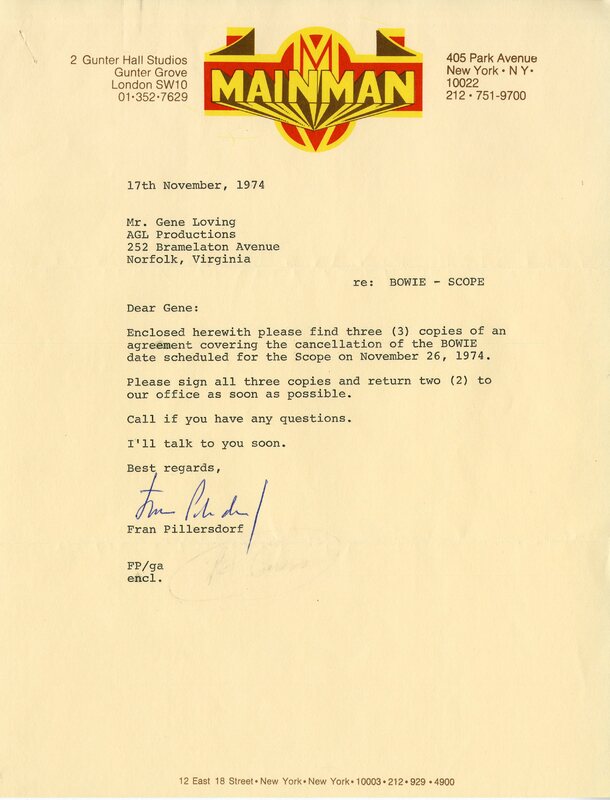 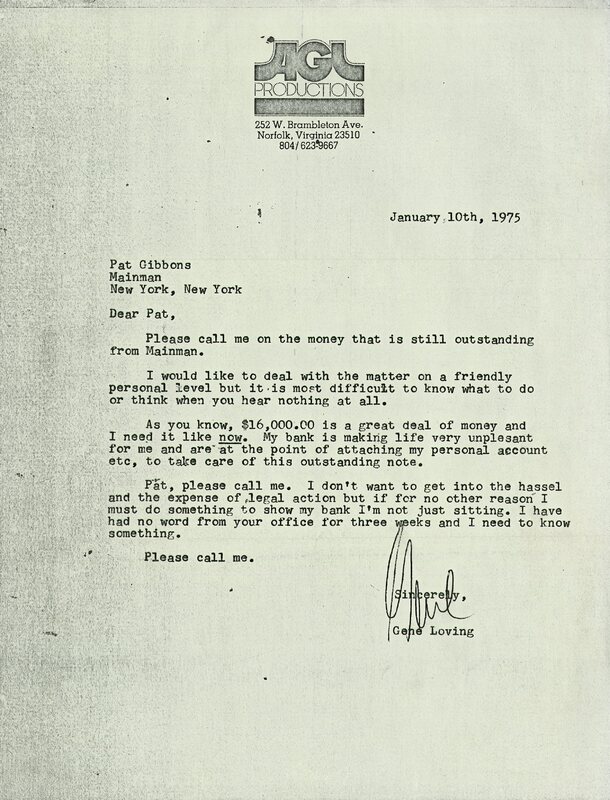 Copy of a letter from Gene Loving explaining the serious financial difficulty caused by Bowie’s cancellation.

David Bowie performed at The Scope in Norfolk on July 7, 1974 and was set to play there again on November 26, but the tour was cancelled at the last minute leaving AGL Productions in a lurch. 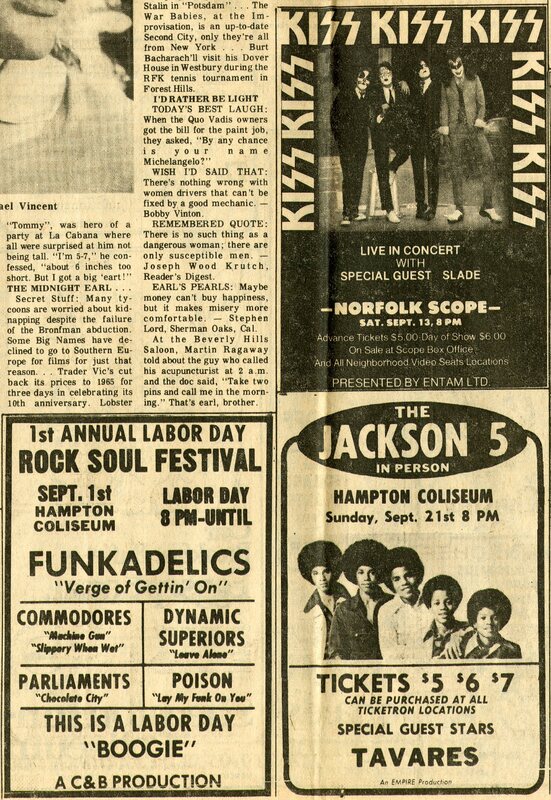 Newspaper ad for The Jackson 5 alongside ads for Kiss and a Rock Soul Festival featuring The Commodores and Parliament. 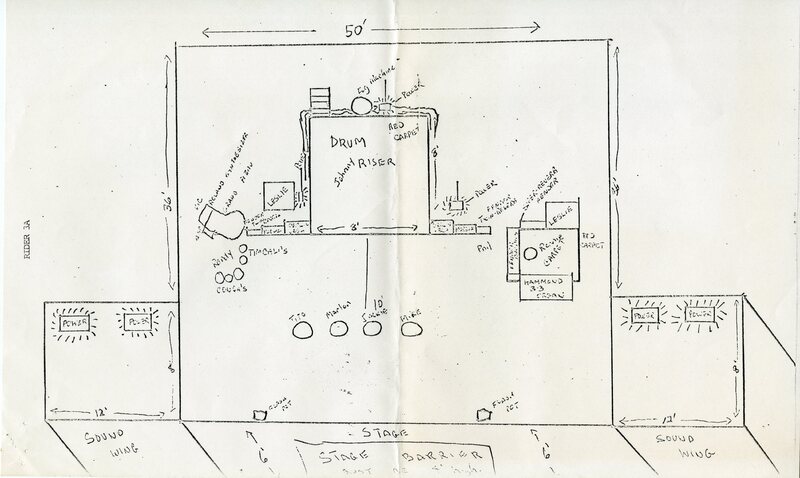 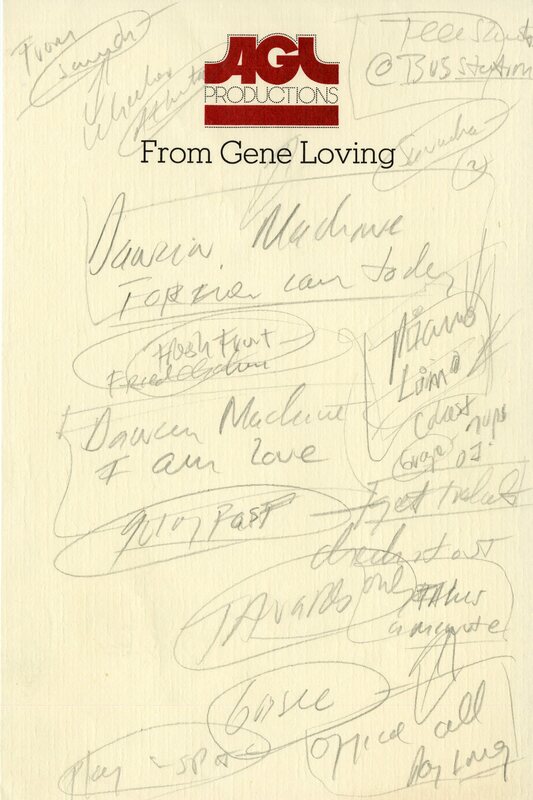 Notes from the desk of Gene Loving. “Dancing Machine” was the major Jackson 5 hit at the time. 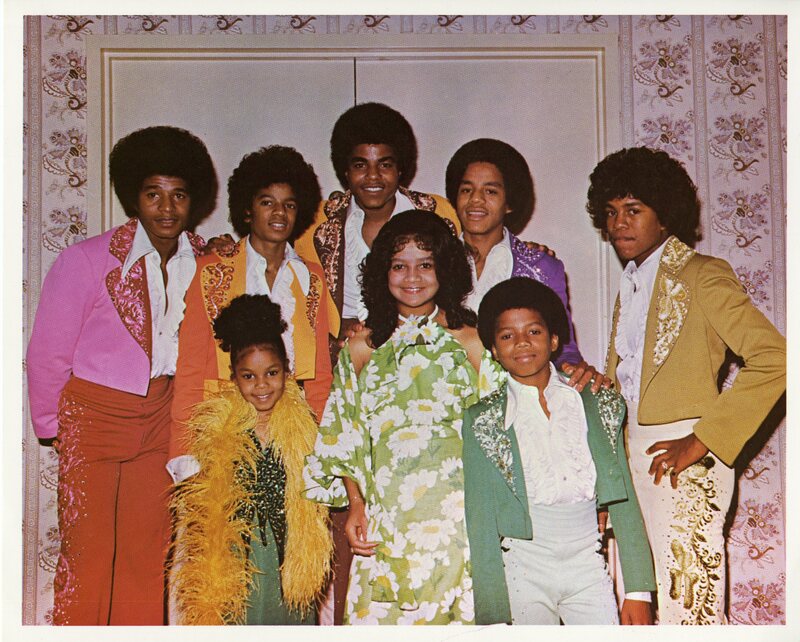 The Jackson clan (including a young Janet Jackson). The young lady in the center is unknown but may have been a contest winner.

The Jackson 5 appeared at the Hampton Roads Coliseum twice in 1971 during their heyday, but by the time of their performance there on September 21, 1975 their popularity was waning. This performance is the last AGL Production event contained in the collection.

Gene Loving and AGL Productions brought live music to Hampton Roads from the days of The Twist to the height of the disco era. After this period Loving continued working in broadcast media, becoming heavily involved in UHF television and at the time of this writing serves as Chairman and CEO of Max Media LLC and showing no sign of slowing down. An interesting and colorful account of his career can be found in his book Loving Life: Five Decades in Radio and TV (Koehler, 2017).