The Many Faces of BIG BLUE

View the many faces of Big Blue from the 1970s til now.

For a full history of Big Blue, see Steve Daniel's article on pp. 6-7 of the 2011 Monarch: Old Dominion University Magazine : "Then & Now: The Monarchy Looks Back 50 Years; It All Started with a Regal Name and a 'Seedy-Looking' Mascot". 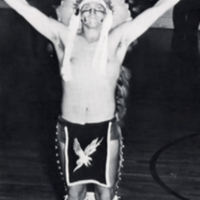 From 1930-1961, as the Norfolk Division of the College of William & Mary, our athletic teams are referred to as the “Braves.”

In 1961, “Monarchs” is adopted as our new name, as we split from William & Mary and become an independent, four-year institution. 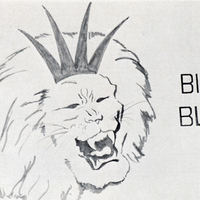 In 1971, a “roaring, crowned lion” replaces the crown and mace as the symbol of the Monarchs. “Big Blue” becomes our mascot. 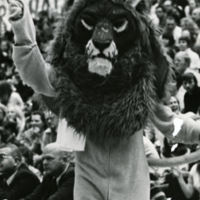 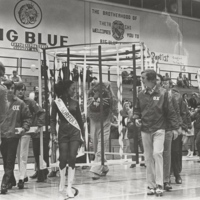 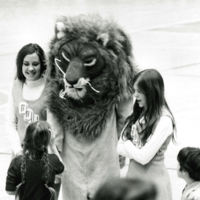 By the end of the 1970s and into the 1980s, Big Blue softens and goes through many changes. 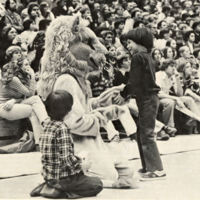 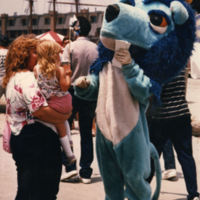 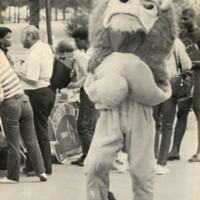 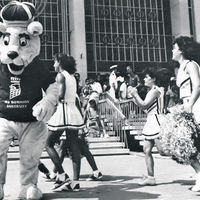 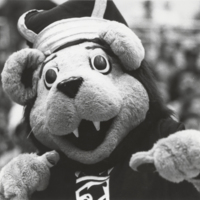 In the 1990s, Big Blue is on his way to becoming the Big Blue we know and love.

In 2011, Big Blue is voted “Capital One National Mascot of the Year.”

This digital exhibit was created in 2012 to accompany an exhibit in the Learning Commons @ Perry Library.  Photographs are from the University Archives and Athletics Department, while much of the content was borrowed from an article by Steve Daniel, former ODU Public Relations Director. The exhibit was created by Teresa Statler-Keener and Karen Vaughan.

The Many Faces of BIG BLUE